Blockchain may not be ready for gambling, but there are many applications the industry can use now. 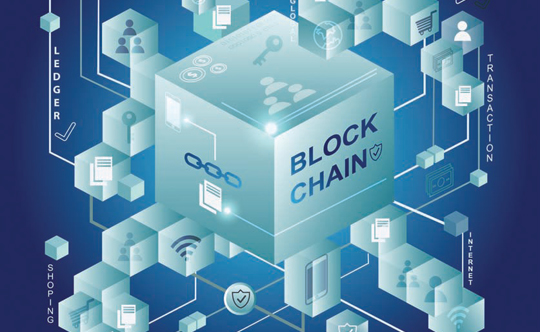 The exchange of currencies is the most natural application of this technology—which is why many people confuse the term “blockchain” with “bitcoin” or “cryptocurrency.” But blockchain must prove its value in other, non-financial applications.

For the gaming industry, the most likely application is in loyalty marketing. There, the revolutionary potential of blockchain lies in attracting the next player generation and modernizing how operators motivate and reward them.

Blockchain creates a digital wallet, which, like wallets in the physical world, can hold much more than money. Millennials may have no cash in their physical wallets, but they do have debit cards, loyalty cards and family photos.

In other words, their physical wallets likely contain:

Conceptually, a digital wallet can hold the same three things.

The gaming industry understands the payment application of blockchain and the digital wallet to buy things, namely cryptocurrencies. While it’s a long way from players wagering in cryptocurrencies on a regulated, brick-and-mortar gaming floor, cryptocurrencies are being accepted in non-gaming amenities as a form of payment.

For example, the D and Golden Gate in Downtown Las Vegas accept bitcoins for dining, hotel reservations, gift shops, and at the front desk through Bitcoin software BitPay. Accepting cryptocurrency for payments, and in the future as wagers, may be an innovation, but it’s not a revolutionary one: a wager is still a wager, regardless of the currency. Integrating blockchain technology into existing loyalty marketing programs, however, can be revolutionary.

In a typical loyalty marketing program, there are two general reward mechanisms:

Rewards visible only to the player typically have monetary value and take the form of free play or coin offers. Rewards visible to others are intangible. There is typically no monetary value associated with these rewards; they serve as status symbols. Examples include a different color loyalty card, priority lines at hotel check-in and valet, and access to a restricted player’s lounge. These rewards have no bearing on the player’s gambling outcome (I am no more or less likely to win because I have a certain color player’s club card), but they reaffirm to the player they are a VIP.

While new to the casino gaming industry, digital status-symbol rewards are a core component of social and multi-player video gaming. Players earn virtual goods, known as “skins.” Skins are cosmetic elements that have no direct influence on game play, but change the appearance of items or characters in a game, such as the player’s outfit. Players displaying a rare skin get a perceived status recognition from other players. The potential to earn a new skin can motivate players to continue playing until they reach a certain level, or return to the game during a certain time period, such as a holiday.

These are the fundamental challenges casino loyalty marketers also face: how to motivate players to continue visiting and playing at their facility. The question becomes: Can skins or digital rewards help overcome these challenges in a gambling environment?

Give Me Some Skin

Bringing elements from the social or video-gaming world—such as customizable avatars that display onscreen during game play and can be equipped with earned skins—can enhance the player experience, especially for a digitally native customer familiar with these reward types from other gaming platforms.

Sitting on the cosmetic layer of a game, skins and avatars only alter what the player sees. While the visual experience is enhanced, underlying game dynamics such as the random number generator are left untouched. Thus, similar to video and social gaming, skins change the appearance of the game without directly influencing game play or game outcome.

Skins and avatars can become a new tool in the loyalty marketer’s arsenal. Blockchain enables a much-needed modernization of the player’s club to target the next generation of gambling customers. With multiple generations populating the gaming floor, marketers need to blend tried-and-true marketing tactics with rewards younger customers find appealing. And social and video gaming platforms serve as a trove of inspiration for rewards younger customers find engaging.

In supplement to traditional gift giveaways, such as branded fleeces and holiday turkeys, marketers can give away branded avatars or special holiday-edition outfits for digital avatars. Digital rewards can be associated with achieving a certain loyalty tier or a limited quantity of an avatar or skin randomly distributed during an advertised time period on a particular day, creating a sense of urgency and fear of missing out.

How does blockchain fit into this? Recall, our blockchain-powered digital wallet can hold three things, tools to buy things; tools to reward purchases, and items to show off to others. The avatars and skins received as rewards are stored in the player’s digital wallet.

Blockchain facilitates the digital asset ownership transfer from the casino to the player. At the point of transfer, the digital asset becomes no different than a branded fleece a guest may obtain in a traditional gift giveaway. The player may choose to use it—say, by displaying it in game the next time they wager—or give it away.

While blockchain technology can potentially attract new, digitally native customers to casino gaming by providing incentive structures familiar to them from other recreational modes of gaming, prerequisite technology has yet to hit the gaming floor. Games allowing players to use custom avatars and skins need to be developed and approved, and players need a means to download their avatars and skins to the machine—for instance, through a built-in QR code reader.

Additionally, marketing programs must be altered to include digital rewards, and players need to be educated about these rewards. The next player generation, the one familiar with this reward structure from other gaming channels, needs to know these rewards exist in a casino gaming environment; however, this poses a responsible advertising hurdle, as social and video gaming platforms are shared by both potential adult gambling patrons and minors alike.

Ultimately, regulators looking to approve games using blockchain technology will want to understand if the technology is secure. The distributed nature of blockchains and the sophisticated math powering the technology make blockchains difficult for attackers to manipulate. The computational resources needed to alter the chain make it essentially tamper-proof.

Blockchains consist of bundles of data known as “blocks,” and networks of nodes that remain in constant communication. Loss of network control occurs when communication is broken between one or more nodes. Each block contains data on transactions completed during a given time period, and each node stores a record of all the blocks added to the chain thus far. The network of nodes serves as a “distributed ledger” system.

The information in the blocks can be thought of like a bank ledger, a record of all historical transactions in the network. Each node holds a copy of the whole ledger. Each block consists of a small number of transactions. To add a block to the chain, every transaction in the block must be validated (by solving a complicated math problem) by at least one node.

If an attacker takes control of a single node’s communication, it can bog down the network by creating fake transactions other nodes must waste resources attempting to validate—the blockchain version of a “denial of service” attack.

Alternatively, if an attacker were to take control of a majority of nodes, known as a “51 percent attack,” the attacker would essentially be able to rewrite history, preventing validation of new transactions and even reversing completed transactions. This type of attack is nearly impossible, because of the distributed nature of the nodes.

To understand the loss of personal possessions threat, let’s return to our wallet example. If I always leave my physical wallet at home, it cannot be stolen. Similarly, if I never connect your digital wallet to the internet, I never worry about it being stolen. However, much as a physical wallet left at home is useless, a digital wallet without internet-connectivity has limited use.

Blockchains use a key-based system to verify ownership. In essence, I need to prove the contents of your digital wallet are in fact mine before I can use them, and the key used to prove ownership is stored in my digital wallet.

There is only one copy of this key. While the sophisticated math and software rules underlying the technology make it computationally infeasible for hackers to duplicate this key, the key can be stolen and my digital wallet contents lost, much in the same way my physical belongings are lost if my real-world wallet is stolen. Vulnerabilities arise in places where blockchain systems meet the outside world, because these private keys can potentially be exposed, and once lost, these keys can be nearly impossible to retrieve.

Ensuring private key security is a shared concern across all blockchain applications, and best practices are destined to arise as highly regulated industries, such as banking and financial institutions, join the blockchain user pool.

Applications of blockchain technology in casino gaming have the potential to attract the next generation of gaming customer by providing a rewards system familiar to the player from other gaming platforms. However, to be successful, players and regulators must be ensured the contents of players’ digital wallets are secure during game play and game integrity is maintained.

As mainstream adoption of digital wallets grows, it’s expected that consumers’ security concerns will lessen; game integrity concerns will dissipate as the technology becomes more understood and applications are trialed in Tier 2 and Tier 3 markets.

Over the last decade, blockchain has proven its applicability to the financial services industry, powering cryptocurrencies and their exchanges to a $40 billion-plus market value. As blockchain technology seeks to define itself as more than the foundation for cryptocurrencies, its revolutionary power, limitations and security challenges will become more apparent.

For the gaming industry, blockchain has already altered how payments are made in non-gaming amenities, and will likely continue to change how payments and wagers are made as cryptocurrencies gain wider adoption.

Beyond payments, blockchain is likely to enhance player loyalty marketing, allowing creation of rewards and marketing promotions that resonate for the next player generation.