Regulators can smooth the way for gender equality 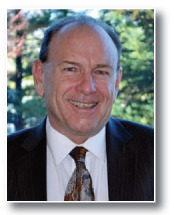 Several years ago, I was honored when this publication accepted an article I wrote that addressed the period in Nevada’s history where people of color were not allowed within the casinos of the Las Vegas Strip.

Up until the early 1960s, the Las Vegas Strip was known as the Mississippi of the West. Black entertainers could appear on the Strip, but they could not stay overnight, and the normal black patron, well, forget about it. It was a regulator who helped break down this racial barrier through a most ingenious plan.

For you see, in the early 1960s, gambling always had to be open to the public. One of the regulatory motivations for this was that it allowed regulators to observe the games and make sure they were being offered honestly and without deception. This required regulators to have access to the games in order to monitor the play, and sometimes they would monitor this play covertly with the use of undercover agents.

Ed Olsen, the head of the Nevada Gaming Control Board in the early ’60s, deputized a black school teacher as a gaming agent, and when he entered a casino and was quickly escorted out, Olsen made the casino operators understand that they had failed to allow an agent of the Nevada Gaming Control Board to inspect the casino, and such behavior could result in the loss of the operator’s gaming license.

From that point forward, there was a serious risk for an operator who opted to bar black patrons. This was one of several steps taken during this time that resulted in the Strip we find today, open and welcoming to all.

In more recent times, it has been argued that another form of discrimination is taking place in the casino industry, and it concerns wage and salary differences based on gender.

We regulators can mandate that the industry provide us with all kinds of statistics. One only need look to any regulatory agency website to see the troves of data published each month about the firms they regulate.

Well, regulators, here is your chance to make a difference. All you have to do is mandate that the operators provide you with a monthly report by job classification as to the average wage and salary difference between their male and female employees, and put the results on your website. The results will, like the cards in the casinos, speak for themselves.

And since knowledge is power, this knowledge will add greatly to the power of the entire gaming ecosystem to understand the reality of the industry. It will also help usher in change.

Many years ago, Olsen took a bold step to do the right thing, and it was an act of substantial courage. That action allowed him to know that when he left his agency he had truly worked to ensure the industry was demonstrating a higher level of character, honesty and integrity than when he joined it.

Ed Olsen led the gaming industry as a regulator, and he led it from the front. There is a tool at our disposal that will allow us to understand if gender discrimination exists in our industry, and it is a simple matter to request the data be provided.

How many regulators will take advantage of this tool and opt to lead from the front?