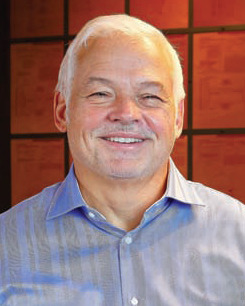 The answer to the question of what makes a good game depends on who is asked, and when. During my first casino job back in the ’70s, games were mechanical, and all those moving parts made for poor reliability. On busy nights, we needed one slot mechanic for every 50 games—at least 10 times more than required today.

Our general manager, Norman Little, said, “Any game that can go for a full day without service is a good one.” Today, TITO tickets and digital electronics have eliminated coins and most moving parts. While all games today are good by Norm’s 1972 definition, plenty of bad games remain.

In the early ’80s, we did a player survey about what they considered good. The response I remember most came from a thirty-something female player who, during a long session of gambling and comped beverages, screamed that her idea of a good game is “the one that pays enough that I can finally leave my pig of a husband!”

More recently, I participated in a slot manufacturer’s planning session where the COO defined a good game as “one that earns well for 10 months and suddenly becomes unpopular.” Everyone laughed, because that definition is a manufacturer’s dream: a game that earns long enough that casino managers don’t lose faith in the manufacturer but quits earning soon enough that annual replacement is needed.

Mathematicians tell us that a game’s “goodness” depends upon the ratio of small pays to large jackpots, and how they combine with mid-sized awards. Then there’s the puzzling 21st century belief that players don’t notice increased hold percentages, so good games are those that pay back 88 percent or less.

Many slot managers judge a game by its fiscal performance relative to other games. They sum the revenue from all games on the floor and divide by the total number of games. Those that earn well above this house average are proclaimed good.

Truth is, every game on every casino floor was considered good by someone or it wouldn’t have been built, bought or installed.

Everyone agrees Wheel of Fortune is beyond good, but few remember its direct predecessor, Wheel of Gold, created in the mid-1990s by a marvelous marketer named Randy Adams.

Randy’s idea was to put a roulette wheel on top of a standard slot machine. Each segment of the wheel held a different prize value. Randy’s genius was to merchandise the wheel spin as a winning event, thereby creating one of the first bonus events on a modern gaming machine.

Randy shopped his idea to every major game manufacturer. Each outlined reasons why the wheel wouldn’t work and refused to build it. I was at Acres Gaming, where we had already created a systems protocol—a communication language—that allowed us to integrate bonus awards with standard games.

It wasn’t too hard for us to build Randy’s wheel as a bonus box that mounted atop a standard slot machine. Uncertain of success, Randy’s employer nervously ordered 50 units. Players instantly loved the game, and thousands of units were placed over the following year.

Meanwhile, IGT’s Bob Bittman—another genius marketer—had licensed the Wheel of Fortune brand and used it on a slot machine concept that failed. Then Bob saw WOG and decided it was the ideal use of the game show’s name. IGT partnered with Randy’s company and the rest, as they say, is history.

Perhaps the most important IGT enhancement to WOG was the chant “Wheel of Fortune” that plays each time a wheel spin is won. Of course, that chant reminds players of the game show, and many imagine themselves as lucky television contestants.

More importantly, that chant also reminds surrounding players that wins are happening, causing them to play longer—and everyone who hears the chant watches to see what prize the wheel awards. That momentary audience makes the wheel winner feel a bit more special and a bit more important.

Those feelings of specialness and importance are the real reason players pay to gamble.

Today, games struggle to attract new audiences because consumer expectations are higher than ever, competition is greater than ever and gambling venues are more available than ever. Patchworks of brittle regulation prevent designers from trying out truly innovative ideas. These are real problems.

A bigger problem, though, is that manufacturers are reluctant to risk failure with bold designs. That happened with Wheel of Gold, and it happens even more frequently today. That’s why smaller game manufacturers are so critical to our future, because it is at these entities—with little to lose and everything to gain—that new ideas emerge.

Their challenge is to resist thinking of the gaming machine as a collection of parts that accepts wagers and prints tickets, and instead think of gaming machines as a launching pad for each player’s Hero’s Journey, where great battles are fought against long odds, where losses are simply obstacles to overcome on the path to victory, and where gamblers can feel proud of winning $100, even if $200 was spent to get it.