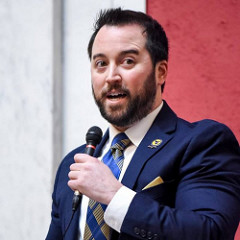 West Virginia state Delegate Shawn Fluharty formally introduced HB3067, which would amend the Code of West Virginia, 1931 to legalize “interactive gaming.” Under the bill, online poker, casino betting and lottery betting would be allowed and regulated by the state Lottery Commission. Co-sponsors are state Delegates Mick Bates, Sean Hornbuckle, Joseph Canestraro and Mike Pushkin. The bill was rejected by the House in 2017 but now is under review by a House legislative committee.

Fluharty said, “With Pennsylvania passing sports betting, online poker and daily fantasy legislation today, West Virginia must act this session or be left in the dust.” In addition, a report from the American Gaming Association noted, “Over the past decade, West Virginia’s casino industry has seen an explosion of competition from surrounding states. In 2006, none of its neighbors had casinos.”

The expansion of Maryland’s gambling market has had a significant impact on West Virginia’s casino industry. Currently about 30 casinos operate in three of the five states that border West Virginia. The state’s largest casino, Hollywood Casinos at Charles Town Races, directly competes with MGM National Harbor in Maryland near Washington, D.C.

Fluharty’s bill is designed to attract online operators to West Virginia with lower licensing fees. Pennsylvania charges existing casinos $10 million for an online gaming license that permits them to offer poker, casino games and slots, whereas West Virginia’s license fee would be $50,000 with a tax rate of 14 percent on gross profits.