Why some of the "solutions" to today's problems may not work 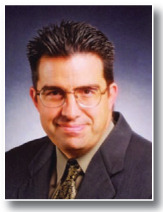 Land-based casinos in the United States have both a millennial problem and an opportunity.

The United States has 80 million millennials, that is, Americans aged 20-35. You know them. They are the ones that go to concerts or get together with friends, but never put down their phones. The overwhelming number have active accounts on Facebook or other social networking sites and post countless selfies of their daily lives.

Millennials, however, are much less gambling-centric. A large percent of millennials that go to Las Vegas and Atlantic City do not gamble at all. They clearly do not favor slot machines. They do like other things with their recreational dollar. They like dayclubs and nightclubs. They have no apparent problem with expensive bottle service. They present a huge problem (and opportunity) for the domestic gaming industry.

But, much of Nevada’s reaction to millennials is an odd one. Some casino companies get it implicitly. In an interview with a local television station, MGM Chairman Jim Murren said about the younger customers, “Many of them have no interest in gambling, and that’s fine with me.” He is exactly right. You conform your business to the customer’s preferences instead of trying to get them to conform to an antiqued business model.

While MGM and others are creating new reasons for the younger customers to spend their entertainment dollars in Las Vegas, some other actions are more puzzling.

On May 19, 2015, Nevada Governor Brian Sandoval signed Senate Bill 9 into law, which concerns the integration of skill elements into gaming devices. In particular, the bill allows manufacturers to create games that vary payouts based upon a player’s skill—a stark departure from the purely chance-based slot machines in use.

The millennials have not shown any propensity toward wanting to play skill-based slot machines. What we are not likely to see is banks of skill games on the casino floor. Internet skill game websites have had moderate success, because they have the ability to draw interested players from across the world.

Moreover, even with over a decade in use, skill-based video sport games played for money in bars across America do not have banks of devices in each tavern, but rarely have more than one in any given location. It is a good business, but no threat to the $66 billion casino industry (nor its savior).

Without fish, popularity will dip. Big sharks will then eat little sharks, until the environment is left only with enthusiasts—and many of the big sharks will look to different opportunities. To attest to this phenomenon is the plummeting popularity of online poker. Of course, Nevada was right to try this in the casino and it may be a nice addition, but it isn’t going to transform the casino floor.

The casino industry as a whole has not had a transformational idea in decades. When customers showed a preference for other nascent industries, such as internet gambling, online poker or fantasy sports, the response has been not to embrace change and be thought leaders but to prohibit or gain a monopoly over it.

(Although credit has to go out to Caesars Interactive, IGT and MGM for embracing social gaming before the casino industry as a whole could react negatively to it, because social games involve billions of dollars not being spent in the casino.)

Nevada and the gaming industry have two futures. It could be like horse racing, whose popularity continues to wane in the United States. Horse racing will never go away, but just 35 years ago, it was the most popular betting and spectator sport in America. Now, it loses 5 percent of its player base every year because they literally die.

Or, our industry could embrace the player preferences, rather than thinking we can change or drive them into extinction (i.e., internet gaming is not going away even if Congress decrees it is illegal, and as a country, we should not divert limited law enforcement capabilities from more important things to dictating that persons can only spend their gambling money in a casino).

If the advent of millennials means a part of the casino today will be repurposed for non-gaming purposes tomorrow, that should be fine with everybody, as long as they still show up in Vegas with money.