Philippines gaming gets a pass on money laundering 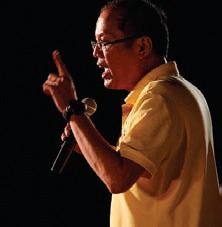 Banks, which are covered under existing legislation, are also left out of amendments recently passed by the Senate and House of Representatives in response to a threat from the Financial Action Task Force to blacklist the country unless it takes more determined steps to prevent the funneling of proceeds from criminal activity and block funding for terrorism. Blacklisting would make it difficult for millions of Filipinos working abroad to send money home and hard for Filipinos to invest abroad.

President Benigno Aquino is expected to sign the amendments into law.

Senator Teofisto Guingona said casinos and internet gaming were excluded at the request of the House and the Philippine Amusement and Gaming Corporation, the government regulator. “They excluded casinos from coverage because House members warned it would deter investors. That’s the No. 1 reason. And No. 2, PAGCOR.”

Passage comes just weeks before the scheduled opening of the first of four casinos planned for the new Entertainment City resort district in Manila.