The big business of regulated and unregulated sports betting 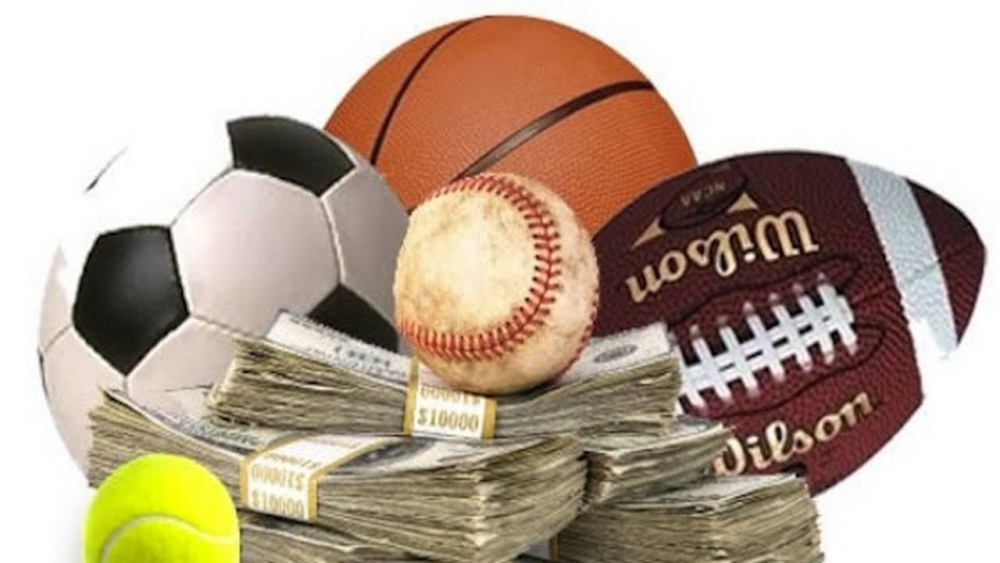 Sports betting is big business around the globe.

Regulated sports betting is one of the key verticals of the multinational gaming companies doing business in Europe, Asia and beyond, where it’s responsible for a plurality of their business. It’s even bigger business in unregulated markets, where illegal offshore sites and underground bookies deal in billions of dollars of business every year.

One of those unregulated markets is the United States, where an antiquated law, the Professional and Amateur Sports Protection Act of 1992 (PASPA) has limited legal sports betting to Nevada, with several other states—Oregon, Montana and Delaware—allowed to offer what amount to little more than parlay bets due to PASPA exemptions.

That could all be changing.

Based on sports betting’s popularity, its ability to generate revenue around the globe, and the need to keep the gaming industry, one of the biggest employers in the United States (gaming employs 1.7 million people in 40 states), strong and  prosperous, states such as New Jersey are challenging PASPA in court, and the federal government is coming under increasing pressure from the gaming industry to revisit PASPA.

“Next year will be the 25th anniversary of PASPA,” says American Gaming Association President and CEO Geoffrey Freeman. “The only thing it’s accomplished is driving trillions of dollars into the black market.”

Few policy changes would have a larger or more immediate impact on the gaming industry than the legalization of sports betting. There’s little downside or social impact should sports betting gain legal status. It’s an activity that is already happening on a massive scale in the United States, with most of the money going offshore and into the black market, instead of bolstering U.S. businesses and state coffers, and at the same time leaving customers vulnerable and raising questions about game integrity.

Taking all of this into account, Freeman says, “There are few policies that create winners across the board.” Sports betting would seem to be one of those policies.

After years of internal debate and a lack of consensus, U.S. casino corporations are now fully on board with legalized sports betting. “Based on a year of data, the industry really came around to embracing expansion,” Freeman says of his AGA membership’s newfound stance on sports betting following a lengthy review.

“What they really understand is there isn’t a monopoly in Nevada,” Freeman says when asked about the oft-cited belief that some gaming corporations would like to keep a monopoly on sports betting in Nevada.

“We had $15 billion bet on the Super Bowl and March Madness this year, and only a little over $100 million of that was in Nevada. Clearly, there is no monopoly.”

Gaming in the United States is a $240 billion-a-year industry, and Freeman and the casinos the AGA represents now see sports betting as an avenue for future growth. “When we look at the potential growth of the industry, the question people are asking is, how do we make this $240 billion industry a $300 billion industry?” Freeman explains. “Sports betting is part of the growth opportunity here in the United States.”

To get a handle on the amount of money that could be wagered on sports in the United States, we can look across the Atlantic, to Europe, where sports betting is not only legal (in most countries) but a part of European sports culture.

The entire sports betting market (bricks and mortar and online, regulated and unregulated) is estimated to be in the $125 billion to $150 billion range globally, with about $70 billion of that coming from regulated markets, according to forecasts made in a 2012 report by the European Gaming and Betting Association (EGBA).

In 2012, the European sports betting market was around €10 billion according to EGBA, and likely in the €12 billion-€15 billion range in 2016. According to Gambling Compliance’s estimates, the U.S. would see similar revenues—revenues that are currently being funneled offshore or into black markets.

In the U.S., that means about $12 billion of revenue is lost every year.

“Most of the illegal gambling in this country is sports betting,” Freeman says. “When that money starts in the black market, it doesn’t make its way to the white market.

If sports betting were regulated, casinos would generate more revenue, state governments would collect more taxes, and consumer protections and game integrity issues could be tackled.

Like many activities currently prohibited by the U.S. government, sports betting’s legal status does little to dissuade people from betting on sports. Rather, it sends them to offshore sites and illegal bookmakers.

Legal Sports Reports listed nearly a dozen illegal gambling busts over the course of the first six months of 2016. The most recent ring processed $927 million in bets, according to the Brooklyn district attorney that oversaw the investigation.

“We turn a blind eye to illegal markets here in the United States,” Freeman says, “which affects the integrity of the games. I think it’s ironic that some of the leagues say, ‘We don’t have sports betting so therefore we have integrity,’ when it’s the opposite—we don’t have legal sports betting, so we don’t really know what’s going on.”

These same issues are raising their heads in eSports competitions and skin betting markets, where a lack of regulation has led to rumors of match-fixing scandals at eSports competitions, and allegations of a multiple skin-betting site rigging its games.

On a more positive note, more and more sports betting is taking place online, which is the domain of the coveted millennial gambler, a demographic U.S. casinos have had a difficult time penetrating. Regulated sports betting could be the bridge to these customers.

Most of that revenue is generated in fewer than 10 countries, as nearly 80 percent of Europe’s online gaming revenue funnels through the U.K., Germany, Italy, France, Spain and the Nordic countries. The U.K. accounts for a full 38 percent of the continent’s regulated iGaming revenue, and is a market largely driven by sports betting, as well as online casinos.

It should be noted that while analysts agree on the total amount wagered and the amount of sports wagering taking place online, there are some major discrepancies between analysts when it comes to the size of the online casino, online poker and online bingo markets in Europe, and what percentage of total revenue they account for. Because of this, it’s hard to tell if sports betting or online casino games rule the roost in Europe. But suffice it to say, both are key verticals for online gaming companies.

There is one other interesting addendum to this data. Based on Eilers & Krejcik’s data, if we eliminate the smaller companies from the market, leaving only the largest 10 or so gaming companies, sports betting is clearly the biggest revenue generator. This is an indication that the sports betting market is top-heavy and difficult for a startup company to break into, while there is a place in the market for smaller online casino operators. If the same holds true in the U.S., major casino corporations should have little to fear from startup companies.

Sports Bettors are the Low-Hanging Fruit

Online casino may be on relatively equal footing with sports betting in terms of total revenue, but sports betting has two distinct advantages over other forms of internet gambling:

1.  The average player lifespan is longer.

With player acquisition costs less than half of online casino and poker, and player life expectancies routinely eclipsing 12 months, sports betting customers are the proverbial low-hanging fruit for online operators.

Casinos could use the inroads they make in sports betting to later target their sports-book customers with exclusive offers that could lead to brick-and-mortar stays as well as spending on other verticals, gaming and beyond.

Where Change Will Take Place

For all of this to go from theory to reality, laws will need to be changed in the United States. Fortunately, this process has already begun. PASPA is currently being attacked on two separate fronts—on the state and federal level.

The legal challenges to PASPA are taking place at the state level, most notably in New Jersey, which is awaiting a ruling from the Third Circuit Court of Appeals in their case against the NCAA and professional sports leagues. At the same time, there is a concerted lobbying push for a repeal or overhaul of PASPA on the federal level. This push is being led by the AGA.

When asked if legal sports betting would come about because of action at the state or federal level, Freeman says he believes it will be federal action that will remove the PASPA barrier and open the floodgates for legal sports betting in the United States. “We have the opportunity to take a look at a failed law and find an alternative way of doing this,” Freeman says.

“While courts might opine, at the end of the day, I think it’s going to take place in the halls of Congress. Congress is going to need to revisit PASPA.”

His hope is that by looking at the successes of Europe, and the need to bring sports betting out of the shadows and give it a good cleanse, sports betting will eventually be handled in an effective regulated way.

If Congress does look at what he firmly believes is a failed law, he sees two possible outcomes:

1.  Congress could repeal PASPA and empower the states to pass legislation.

2.  Congress could repeal PASPA and put a different structure in place at the federal level—a structure Freeman could see as light (a basic set of regulations all states must adhere to) or heavy (a PASPA-esque law that would take most of the framework away from individual states).