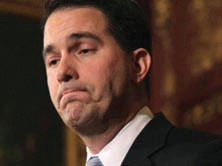 The long path to a new casino for the Menominee Tribe of Wisconsin came to an abrupt end last month when Governor Scott Walker refused to approve the 0 million facility that had already been given the green light by the Department of the Interior. The tribe has been attempting to build the casino for years at the site of the former Dairyland Greyhound Park in Kenosha, and had reached an agreement with Hard Rock International, owned by Florida’s Seminole Tribe, to brand and operate the facility.

The Forest County Potawatomi have been opposed to the casino, fearful that it would siphon off much of the business at its Milwaukee casino, which it recently expanded to include a large hotel. The Menominee Tribe had pledged to cover any losses suffered by the Potawatomi, who negotiated a compact with Walker that outlined how that would happen, only to see the Indian Affairs division of the Interior Department reject the company.

One week earlier, the state of Wisconsin and the Menominee Tribe had agreed to a new gambling compact regarding a possible Kenosha casino. The new agreement would have required the Menominees to pay the state 7.5 percent of its winnings from the new casino for 25 years, which could have amounted to $1 billion. In addition, if the rival Ho-Chunk Nation and Forest County Potawatomi’s casino payments fell below $37.5 million in a fiscal year, the Menominee would have covered the difference.

In a letter to Assistant Secretary of Indian Affairs Kevin Washburn, Walker stated the compact was negotiated “in an effort to help define the potential economic and fiscal impact of the proposed Kenosha casino.” He added the compact “in no way indicates whether I support or oppose Menominee’s proposal for a casino in Kenosha, Wisconsin.”

Menominee Chairwoman Laurie Boivin said the proposed payments would have more than covered any losses the Potawatomi and Ho-Chunk tribes experience at their casinos due to the Menominee’s proposed Kenosha casino.

“Governor Walker now has a clear path to approve the Kenosha project and reap the benefits of $1 billion in revenue share for the state budget,” she said after signing the deal.

At that time Walker said, “Bottom line, we’re still trying to work with all the interested parties to get to a point where the state doesn’t lose out on $100 million or more because of the compacts of Jim Doyle. And that’s still our biggest stumbling block.”

Walker was referring to the compact signed under former Governor Jim Doyle’s administration, which said the state is responsible for reimbursing tribes for revenues lost as a result of the opening of competing casinos. The Potawatomi also contended that the Doyle compact required the state to refund hundreds of millions in back payments if the new casino goes through. The tribe already has withheld $25 million from the state out of concern Wisconsin could end up owing them.

Wisconsin Department of Administration Secretary Mike Huebsch wrote in a memo to Walker that the compact will not protect the state if the Potawatomi decide to challenge the new casino in court.