Philadelphia Park raises the bar with its new Parx Casino 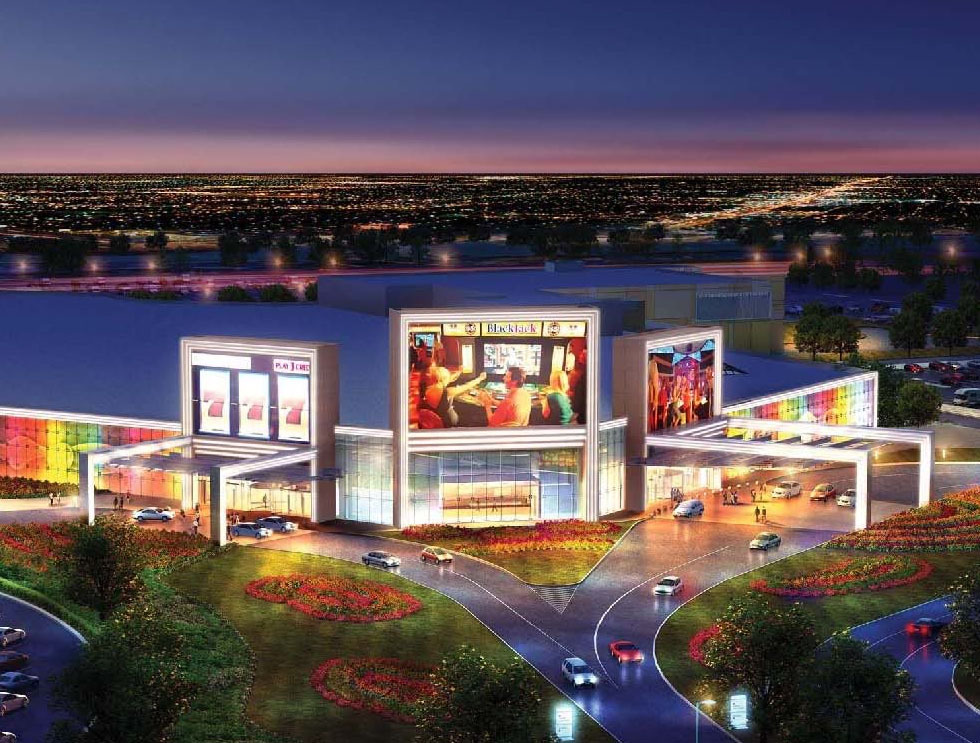 For the span of Pennsylvania’s relatively brief marriage with casino gaming, there has been something of an anomaly when compared to other casino jurisdictions: The largest revenue-generator has not been a stand-alone casino, but a racetrack facility.

For three years, Philadelphia Park has been the top-grossing slot venue in Pennsylvania, raking in upwards of $28 million a month, partly because of its strategic location in Bensalem, close to not only Philadelphia but to the bridges bringing gamblers in from central New Jersey.

But the money-making ability of the comparatively small temporary racetrack slot facility gamblers were familiar with since 2006 could be dwarfed by the massive permanent casino the racetrack unveiled last month.

Parx is still technically a Category 1 slot casino-meaning a racetrack casino-but one would never know it. For one thing, unlike other Pennsylvania racinos, there is no link to racing. While the thoroughbred racetrack is next door, there is no view of the track, no equestrian theming. This could be a stand-alone casino anywhere in the country.

Greeting patrons at the porte cochere are three massive LED screens-two 49 feet wide and almost 29 feet tall, flanking a center display measuring 61 feet by 34.6 feet. The screens serve as a blaring announcement that you have arrived at a massive new casino, with 120,000 square feet of gaming inside a facility that totals 260,000 square feet.

There are 3,300 slots and 176 electronic table games including blackjack, Three Card Poker and single-zero roulette, accompanied by five food and beverage outlets in all.

All indications are that Parx has hit the ground running. A crowd numbering in the hundreds huddled in the frigid pre-dawn hours to mob the 6 a.m. opening of the doors December 18, and traffic remained steady throughout opening day. Initial patron comments were almost universally positive.

For instance, the front lobby is accented by imported marble from Pakistan, exquisite wood finishes and sparkling chandeliers. The center of the casino is a huge, oval area ringed by elegant chandeliers (each reportedly cost $1 million by itself) to draw the eye into what eventually will be the casino’s table game pit. Accenting this area and several others around the casino are huge glass artworks-clusters of glass “flames” forming unique lighting.

The same attention to detail is evident in the specialty areas around the casino. The parx grill, the property’s upscale steakhouse, features a back wall made of onyx stone, accented by crystal chandeliers and more decorative art. The 360 lounge has embedded lava lights in the floor. The Jax sports bar features a sleek, futuristic design.

A VIP slot area dubbed “Xquisite” wraps a high-end design around a collection of games that includes not only three $100-denomination slots, but penny and 2-cent games as well. According to Carrie Nork Minelli, Parx director of PR and advertising, the idea was to create an “elite atmosphere” in an area that stood apart from the rest of the casino. “The environment is more important than the games themselves,” she says.

Stand-Alone Attractions
Food, beverage and entertainment outlets at the new Parx casino are designed as attractions in and of themselves. For example, the upscale 360 lounge, a huge bar by day that transforms into a nightclub at night, is situated right next to the property’s west entrance. Revelers can go to the club without ever passing a slot machine.

“This really will function as its own destination,” says Minelli. “People who want to come for the nightclub element but not necessarily for gaming can come right in.”

The club itself, with seating for 70 and a total capacity of 160, is a state-of-the-art facility with a 40-foot stage, a 40,000-watt sound system and three 108-inch LED TVs-and, of course, an LED lava-lit dance floor that pulsates to the beat of the music, whether it’s from the custom DJ booth (house DJ Maria Laina will be assisted by occasional visits from celebrity DJs) or a variety of live dance acts, tribute bands, cover bands and dance shows.

The Jax sports bar is another stand-alone attraction-a sleek, space-age design with a video poker bar surrounded by more than 20 high-definition LED televisions showing sporting events. The bar, in one of the smoking areas (the floor is 50 percent smoking, 50 percent non-smoking), includes 30 quarter video poker machines to accompany signature cocktails, eight beers on tap and a full lineup of bottle beer selections.

The parx grill, open seven days a week for dinner, features classic steakhouse favorites along with signature menu items created by Executive Chef Matt Canning and Pastry Chef Marquessa Gesualdi. Rounding out the F&B entries is “foodies,” a causal 24-hour dining spot-it seats 200 and nothing on the menu is more than $8-and Chickie & Pete’s Crab House and Sports Bar, in an outlet set to open in March that will be the popular Philadelphia-based chain’s largest location. According to Minelli, the new venue will feature an interactive sports bar experience called “PLAY2.”

Minelli notes that Parx is designed to expand when necessary-another 30,000 square feet of floor space that is blocked off will be ready to go when Pennsylvania approves table games, expected to finally happen this month. The casino could eventually grow to include the maximum 5,000 machines.

Minelli likes to avoid the “racino” label when talking about Parx. Where properties like the Meadows south of Pittsburgh tie the theming and the facility itself inextricably to racing, she says Parx is a stand-alone casino that happens to be next to a racetrack, with everything one would find at a mainstream casino (particularly after tables go live).

Asked what patrons are going to remember most about their visit to Parx, Minelli doesn’t hesitate in identifying a culture of customer service she says will rival any property in the business.

“Superior customer service is our No. 1 calling,” she says.