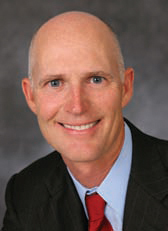 Florida Governor Rick Scott hinted he was “getting close” to an agreement with the Seminole Tribe regarding portions of its gaming compact that expire next year. But House and Senate leaders rejected his offer to hold a special session in May.

In fact, one high-ranking Republican said about a special session, “It’s toast.” Scott apparently could not get enough Senate votes for a special-session agreement, and barely had 30 votes in the House. Senate President Don Gaetz said, “A special session this early would require a pretty Herculean effort, and it’s pretty unlikely at this point. We need more analysis and more time than just a couple of weeks. So far, we’ve had our ear pressed against a closed door with a glass.”

Lawmakers believe Scott is close to an agreement with the tribe. He is renegotiating a portion of the current gambling compact, signed by then-Governor Charlie Crist in 2010, that gave the Seminoles “exclusive” rights to blackjack at seven of its Florida locations in exchange for a minimum of $1 billion over five years. That part of the 2010 deal will expire on August 1, 2015. Scott is considering allowing the Seminoles to open more casinos, including one on a 50-acre property owned by the tribe in Fort Pierce, and add roulette and craps at some of their existing facilities. The tribe also could expand its operations in Broward County and Brighton. Scott is expected to reject destination resort-casinos and deny any expansion of gaming at the state’s parimutuels, but in return Scott is asking for a guarantee of $2.5 billion over seven years—a figure higher than the Seminoles’ current minimum annual requirement of $250 million.

Frank Collins, a spokesman for Scott, emphasized that a final deal has not been reached. “There is no deal, and without a deal, there cannot be any decision on how to ratify a deal,” Collins said. A spokesman for the Seminoles said the tribe “is not commenting at this time.”

At Scott’s request, legislators put their debate on hold while he began talks with the tribe.