Online poker pushed back to 2012 in California 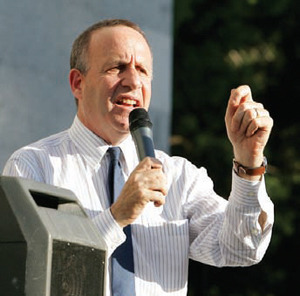 A consortium of card rooms and powerful gaming tribes is pushing the controversial proposal. It is opposed by other gaming tribes, which are just as influential.

Although informational hearings were held last month in the Senate, Steinberg decided to intervene to reduce pressure for some sort of resolution during the last two weeks of this year’s session. “There is time to get this right, and it is imperative that we do so,” he said.

Also signing the letter was Senator Roderick Wright, chairman of the committee tasked with gaming issues—and the author of one of the two online gaming bills.

Among the sticking points in any such bill is who would operate the sites and what games would be included.

About a quarter of the state’s gaming tribes support working together with the card clubs, which is definitely a “strange bedfellows” kind of situation, since the two groups have been at swords’ point since Las Vegas-style tribal gaming was legalized by a constitutional amendment in 1999.

Robert Smith, chairman of the Pala Band of Mission Indians, which operates a casino in San Diego County, supported delaying the measure. “It is going to happen sooner or later.  Probably later, but it is going to happen—so we need to be involved,” he said in August.

Other parties who want to be involved are the state’s racetracks.