New investors lining up for the region's first casino 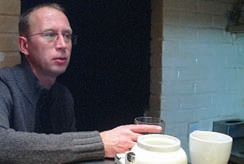 The investment group developing the first casino in Russia’s Far East says completion of the first phase of the complex has been pushed back from the end of this year to April 2015 because of “unforeseen obstacles.”

Summit Ascent Holdings, which is partnering on the project with Lawrence Ho’s Melco International Development and Taiwan-listed machine gaming manufacturer Firich Enterprises, says opening of the Oriental Regent, which will be located near the Pacific port city of Vladivostok, has been slowed by a redesign necessary to bring it up to “international standard” and by delays in getting local approvals for importing foreign workers, materials and equipment.

The project also has undergone a significant financial restructuring in response to the imprisonment last November of its local partner, Oleg Drozdov, whose Elegant City Group originally owned 30 percent. His stake was reduced to 15 percent in April and has been divided further, with half going to a trust to benefit the Drozdov family and the balance split between Firich, whose stake has increased from 20 percent to 25 percent, and a Hong Kong company owned by Russian businessman Peter Sindyukov. Summit Ascent’s stake remains at 60 percent and Melco International continues to hold 5 percent.