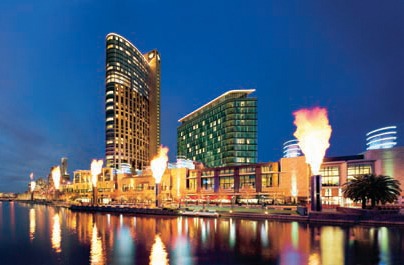 James Packer’s Crown Melbourne has received a license extension until 2050 from the government of the state of Victoria, an approval that also will allow the Crown Resorts flagship to expand its table game and slot machine offering in return for payments of around A0 million.

Opposing politicians and anti-gambling activists have blasted the deal as lacking transparency. But Victoria’s treasurer, Michael O’Brien, said the agreement would support economic investment and jobs. “This agreement provides significant financial benefits,” he said, “as well as improved competitiveness and investment certainty for Crown and the 8,800 people who work there.”

Packer, chairman of parent Crown Resorts, was also quick to highlight the potential economic benefits, adding that his company has invested some $2 billion to upgrade the casino but was suffering “a major competitive disadvantage on the issue of taxation.”

The state also agreed that a planned “super-tax” will also be removed on all high-rolling VIP players beginning next year.

“Now,” Packer said, “with the support of the Victorian government, we will have a license that enables us to compete on a level playing field to help drive tourism, jobs and economic benefit for the state.”