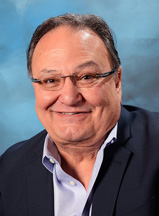 Vic Salerno is a member of the AGA’s Gaming Hall of Fame because of his legendary career as a legal bookmaker in Nevada. As head of American Wagering, Salerno launched the first mobile sports betting app, just before the company was acquired by wagering giant William Hill. Salerno’s new company, US Fantasy Sports, uses a parimutuel system to allow players to enjoy fantasy sports in all jurisdictions where fantasy sports are legal. His long background as a legal bookmaker allows him a unique viewpoint on the possibility of legal sports betting in the U.S. He spoke with GGB Publisher Roger Gros from his offices in Las Vegas.

GGB: Everyone is waiting for the Supreme Court decision in the New Jersey case challenging the Professional and Amateur Sports Protection Act. But does it even matter these days? There is so much attention being drawn to how PASPA has failed so miserably that there seems to be some momentum in Congress to fix it, no matter what the Supreme Court says.

Salerno: Oh, I agree with that. I think that if (SCOTUS) allows it to stand, Congress will go and change the law. We all know illegal sports betting is happening. It’s not regulated and nobody’s benefiting—not a city or a state, or at the federal level. And it’s getting more popular, and it’s harder to detect now, with the advancing technology.

Let’s say PASPA is overturned or Congress passes something that puts it in the hands of the states to legalize it. What will the shape of the industry look like if that’s the case?

I think it’s going to be a Pandora’s box, if it opens, because every jurisdiction—and you’ve seen it in the past with gaming—creates different tax rates and different regulatory limits that will really affect it. And states don’t like to get along with each other, or do things the same way. They could take the Nevada model, and do it tomorrow; it’s worked for us for 60 years, or more, so why not take that? But states will want to do it their own way.

I think the biggest fear that I have is the states don’t understand the business is really gambling, and it’s really a low return on your investment. You can see that here in Nevada; it’s 1 percent to 2 percent of our gross revenue, paying a tax rate of around 6 percent. We have a hard time making it with 6 percent, so if you consider the rate Pennsylvania wants to impose—approximately 36 percent—I don’t know how people can make it.

When Delaware approved sports betting, before the courts said they had to limit it to parlay wagers, there was one property that built a Vegas-style sports book, spending millions, and ended up having to eat that investment. How do you recommend casinos approach sports betting?

Well, if you take Nevada, for example, the sports books are coming down in size, even in the big properties. They’re not as large. We used to build them for the Super Bowl, but it’s the same thing that’s been said many times. If you build a church for Easter, what do you do the rest of the year?

So I think that they should start off minimally. Use existing space. They all have conference or ballrooms where they can televise the events, and with today’s ways that you can wager, especially with the mobile application, why do you need to build these huge theaters? And I don’t think it’s going to attract that many new people. Especially in New Jersey, I don’t think people are going to drive to Atlantic City just for a Sunday football game, if they can wager on a mobile device or go to a racetrack that may be closer.

Let’s talk about mobile betting. That has really exploded here in Nevada. How important will it be for states to approve that kind of wagering? You were a pioneer in this field.

It is the convenience. Other states will come around, just like anything else in gaming. We saw what happened to Native American gambling, going across the country. We saw racinos come in across the country. I think the same thing’s going to happen here. It’s going to be a progressive thing, and the states that have the lower tax are going to do much better than the other states, because they’ll be able to give the customer the benefit.

So, if you have a budget, do you want to spend it on a huge facility, or would you rather spend it on marketing to a mobile app, where the person’s going have it 24/7? To me, it’s really a no-brainer.

You mentioned what a narrow margin sports betting has. How would you go into a state and convince them that you can’t tax this out of existence, because you won’t get the benefits that come from it?

In our good years—let’s say the average of the past 20 years—we averaged about 5 percent of the handle that we put through. Of that 5 percent, first of all, we have to pay the 6 percent to the state, and then the federal government has an excise tax, where whether we win or lose, we pay one quarter of 1 percent. So, you start off with those, and then you have your overhead.

So, I think the customer is going to go where he gets the best deals. We see that play out here. The places that have the better odds do much better than the other places.