How much gaming potential is there in this Southeast Asian country? 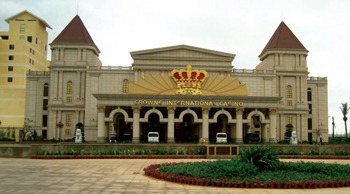 The old Asian hands are again watching the latest headlines about the next “hot spot” in Asia, with some bemusement and reactions ranging from “Are you kidding?” to “This will be good for the country (and our career).”

We have seen the flying media circus go from Thailand to Taiwan, then Korea and Japan, and now Vietnam, each time with bigger headlines and more grandiose plans. Las Vegas Sands CEO Sheldon Adelson is now offering not one, but two big integrated resorts—one for Ho Chi Minh, the commercial hub for Vietnam, and one up north in Hanoi, the political center.

This is chutzpah at its highest level. Of course, in return for this manna (dollars) from the West, the nation’s leaders are expected to sacrifice their working and middle class to the altars of the gambling gods.

Talk about Vietnam and most investors will think of the high-profile Asian Coast Development Ltd.’s Ho Tram project, which has MGM Resorts International as its first management operator and Pinnacle as its most recent stakeholder.

Here is the latest update and list of mega-projects (with a gaming component) that are currently pending in Vietnam.

Asian Coast Development Ltd.’s $4.2 billion project in Ba-Ria Vung Tau, is about a 3.5-hour drive from Ho Chi Minh City. The project consists of five phases, with the first two phases being allowed to have 90 gaming tables and 1,000 slot machines each, the numbers permitted based on the number of hotel rooms built (1,100 for Phase 1 and 1,200 for Phase 2).

The operators of the first- and second-phase casinos will be MGM and Pinnacle, respectively.

ACDL’s Ho Tram will not be the first full-blown casino in Vietnam as some have been led to believe.

The Crown International Club in Danang opened for business in 2010, and has 20 gaming tables plus 100 slots in an 800-square-meter casino. The 1.5-hectare resort is part of the US$160 million Silver Shores International Resort, which includes the casino and a hotel located about 7 kilometers away from downtown Danang City.

Current patrons come from China, and are believed to be the direct result of a new charter service from Guangzhou to Danang. The five-star resort consists of 584 deluxe rooms and suites, 52 villas and other facilities, including restaurants, bars, a fitness center, a spa and retail shops.

Nearby is another casino called Club 99, co-located with the Furama Resort, with tables and slots as well.

Around the outskirts of Hanoi, the country’s capital, are the following casinos, which have been operating for several years now.

• Bac Ninch—Six tables and 76 slots looking to expand to 15 tables and 200 slots, approximately 30 minutes from Hanoi.

Further up north in the Vietnam-China border area of Lao Cai, there is a long-established casino aptly named Lao Cai International. In addition, LiLai International operates further west in Mong Cai, another border area with China.

Apart from these, any four-star (and above) hotels are permitted to have casinos with slot machines and electronic table games, most of them in major cities such as Ho Chi Minh. The most prominent ones in HCM are in the Sheraton Hotel and the Caravelle right in the middle of District One.

There is no true count. However, estimates indicate they may total around 70 for the whole country. In Vung Tau City near the Ho Tram development, there are several in existence, including the Dic Star Hotel, the Imperial Hotel, the Palace Hotel and the Petro House Hotel.

Planned mega-developments include the following:

• Happy Valley, a $2 billion theme park just outside HCM city. Joe Jackson, the late Michael Jackson’s father, is one of the highest-profile investors, and the lowest is probably the brother of the president of Vietnam. This project is rumored to include a gaming component, which is being kept very quiet.

• Flamboyant Island, a 28-story, 300-room Zeus Hotel, with 150 villas on 60 hectares of constructed island 60 kilometers southeast of Hanoi just meters away from the Do Son Casino, which will host a casino to be managed by Casinos Austria.

• Phu Quoc Island is holding a parade for investors in its planned 135-hectare site in the island’s northeast. A 30,000-square-meter casino with 200-400 tables plus 2,000 slots will be supported by a total of 3,000 rooms. The projected investment size required is around $4 billion.

There are also a couple of stalled high-profile projects as well:

• Winvest’s $4 billion Saigon Atlantic Hotel project, on 307 hectares with a 1,200-room hotel (plus villas) and a casino near ACDL’s Ho Tram location.

There are more interesting observations by the old Asian hands on these developments in Vietnam:

• The magic threshold for a gaming project appears to be in the US$4 billion mark, a number that appears to have been arbitrarily set by someone somewhere within the apparatchik strata with very little relevance to the cost or viability of the projects.

• Most if not all of these projects are, in reality, land grabs, given the enormous size of the envisaged land parcels and the sizable real estate component in each of them.

• The investment certificates for these projects are issued by the provincial governments, which can be overturned by the central government at any point for any reasons, as has been demonstrably done on several occasions.

• How would the necessary VIPs/junkets/casinos move gaming funds in and out of the country with the extremely tight foreign currency laws there?

• “Lifestyle-crimping” regulations such as under current Vietnamese law—couples wishing to share a room must provide proof of marriage if one of them is a Vietnamese citizen. Otherwise, a second room must be booked.

The final question that comes to mind is this: Can all of these mega-projects be justified/sustained even if the government were to do a policy U-turn and allow locals to gamble? Where will the flying circus go to next?

Myanmar is my personal favourite.