How to capture the loyalty of millennials 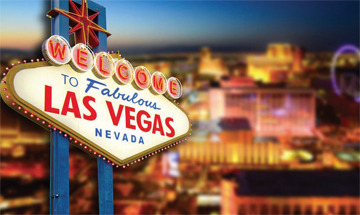 Successful casino operators know there are only two drivers of sustainable competitive advantage—location and loyalty. Assuming that once built, moving a casino to another location is not a feasible strategy, hundreds of millions of dollars have been invested by the gaming industry in developing methods to capture customer loyalty.

The 2007-08 financial crisis and the resulting consequences for Las Vegas meant that on one hand, new investments were delayed or mothballed entirely and costs were cut across all businesses. On the other, operators had to think more smartly about their customers and seek additional revenue generators throughout their portfolio, and indeed, find new non-traditional customers.

Over the past decade, the question of whether the next generation will continue to visit Las Vegas has been answered. In 2007, 29 percent of Las Vegas visitors were under 40 with the average age being 50 years old. By year-end 2014, 44 percent were under 40 with the average age of 45.2. Although this rose slightly in 2015, many analysts believe that the trend of younger visitors coming to Las Vegas will continue.

Today, Las Vegas is the playground for millennials, as it was for boomers and Gens X and Y before them. Targeting younger customers is difficult, as in some ways this group displays different behaviors than their parents and older segments, and all research points to a highly disloyal group of customers that do not respond to established triggers of incremental transactional loyalty, or even in the functional elements that have been the alternative marketing platform.

The question that has thus vexed strategists is how operators can effectively capture loyalty in this increasingly valuable group of visitors, which is one I sought to answer in my recent research.

In order to capture loyalty, we must first understand the customer and why they come to Las Vegas.

Q. How many times have you been to Las Vegas in total?

Millennials who visit Las Vegas do so many times, with 49 percent of respondents visiting Las Vegas more than eight times. Fifty-five percent of millennial visitors come to Las Vegas to “escape,” and although 49 percent are married, 64 percent come with friends.

Members of this group are significantly less likely to travel for family reunions, relaxation or to gamble than non-millennials, but are significantly more likely to come for a special occasion or shared experience, such as a notable birthday or bachelor(ette) party.

Within this generation, there have been significant societal shifts. The traditional nuclear family of grandparents, parents and children living in close proximity is highly rare, as people relocate, whether for economic or educational reasons. This demographic migration from smaller to larger cities where there are higher concentrations of young people is pronounced, but it also means that families and friends live in separate cities.

Perhaps in the past, people in different cities lost touch, but with modern communication, geography is a lesser barrier to relationships. The research undertaken suggests that although people live in different and disparate cities, when they meet, they do so in Las Vegas.

Forty-nine percent of millennials gamble mostly in the hotel they are staying, but only 30 percent spend most of their F&B budget in their host property. As profit centers, food, beverage and nightlife also remain key components in the Vegas experience, and in the branding and identity of a resort.

However, they alone are not a driver of loyalty, but rather remain an effective marketing tool, as visitors are likely to spend most of their budget outside the property they are staying in. Indeed, this also implies a failure of the operators to capture their customers’ share of F&B wallet, and key questions need to be addresses in this area.

Unlike past generations, 40 percent of millennials decide their Las Vegas schedule more than a month before they arrive. Sixty-six percent of respondents follow Las Vegas news when they are at home. This gives operators a unique opportunity to engage with their customers before, during and after their Las Vegas visit.

The segment is open to engagement to consume information to prepare for future visits. However, much of this communication is not directly with the operators (26 percent), but with peer-driven sources, such as Facebook (44 percent), Vegas Tripping (35 percent) and TripAdvisor (34 percent). (Some respondents cited multiple sources.) Nearly 75 percent of respondents stated they had all the information they need in order to plan their trips in advance of setting foot in Nevada.

What Happens In Vegas…

The popular consensus is that millennials do not gamble. To an extent, this is correct, but a more accurate statement would be millennials do not gamble yet, or even in the same way as their parents and grandparents. This poses a second question for operators, and an ongoing debate is under way among operators, manufacturers and architects, with many theories and strategies being proposed.

Q. How Much Do You Spend In Las Vegas?

Currently, millennials actually spend more on food and beverage than on gaming. However, the percentage who would rather spend a sum on food and gaming combined is about even, implying that if the customer had a larger budget, they would spend a greater amount on gaming.

We also note that the players who spend the most on gaming (over $1,000) are those who typically have been to Las Vegas the most often. This is important, as if captured as a loyal customer, over time there are significant customer lifetime value opportunities in both gaming and non-gaming spend, and there is evidence of an accelerator effect rather than a linear response to visitation and spend.

Fifty-one percent of millennials are more likely to visit a nightclub in Las Vegas than their hometown, and 60 percent actually visit nightclubs in Las Vegas. Twenty-nine percent make their choice of hotel based on their nightlife plans. Therefore, the nightlife component is significantly more relevant than simple F&B provision.

Eighty percent under 40 are prepared to spend more on F&B than in their hometown. We also note that as visitors come more often, they gamble more, and that the customers with the larger gaming budgets are more likely to be loyal to particular properties. This is, in effect, a “double whammy”—we find that loyal customers are the most profitable, and there is a great value to achieving retention.

Fifty-seven percent of respondents believe that seeing a performer play live is more special in Las Vegas than in their hometown, and 92 percent believe they can get a range of experiences in Las Vegas that they cannot get anywhere else.

So in summarizing what the next generation of customer feels, they typically come with friends, and come often. They know what they are going to do before they come—having asked their friends or peer group online—but don’t necessarily book it before they arrive.

Those who can afford it, gamble (mostly where they are staying). Those who cannot, spend it on food and beverage, but would gamble if they could. They go to bars, restaurants and nightclubs mainly in other properties than where they are staying, and spend more than they would in their normal environment. They welcome the opportunity to go to a concert and seek out new experiences that they can’t do in their home locations.

This research was designed to understand the drivers of loyalty within this segment of customers. To this end, we note that the main strategies for millennials are customer attraction, with little in the way of retention, other than the traditional methods.

Player’s clubs and targeted marketing techniques which proved so effective in the 2000s are increasingly ineffective; this customer eschews the incremental loyalty that was the hallmark of prior visitors.

Rather, the drivers of loyalty are both functional and emotional. In a functional sense, in attracting this segment of visitor, we note that there are three primary drivers in the decision-making process in choosing which property to stay in: room pricing, reputation and range of amenities. In an emotional sense, we note that the drivers of loyalty are based around concepts of community and shared experiences, rather than aspiration and service drivers.

The challenge for operators is how to tailor both the marketing and the experience for this customer and seek to capture their loyalty. Based on the research, see the graphic at right.

The communication strategy has three stages—initially to inform the customer, followed by nurturing relationship and finally reinforcing the message. There are multiple methods in implementing this strategy, which a trained strategist can identify, but practical steps are unique for individual properties and operators.

The Las Vegas experience is not just about what happens in Vegas.

The operator that invests in developing the relationship between the customer and community, physical in terms of amenity but also in environment, culture and communication, will achieve a sustainable competitive advantage. And that is the secret of capturing loyalty for the next generation of visitors.