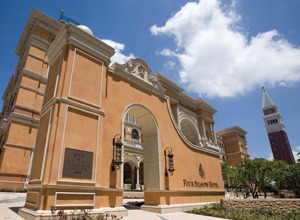 While all Macau casino companies have diverse backgrounds, they are, in a very substantial way, all linked together by a common thread. But that doesn’t stop them from trying to create growth and revenue by very different means.

Wynn Resorts recently reported record revenue and EBITDA for the second quarter, and most of it was driven by a more than 50 percent increase in revenues at Wynn Macau. Las Vegas profits dropped substantially, however, as Wynn Las Vegas felt the impact of the severe downturn in the Las Vegas market.

The Macau property is finally reaching its potential. While increased VIP commission rates paid by other casinos in the Macau market had prevented Wynn Macau from increasing its market share in 2007, the second quarter turnover soared 75 percent. Slot machine revenue was up 90 percent, although win per unit dropped by 30 percent because of a tripling of units in the facility.

Encore at Wynn Macau is under way, which will add more than 400 rooms and suites to the property, with construction due to be completed in early 2010. And a 1,500-room resort on the Cotai Strip is still in the planning stages, according to Wynn, one of the projects with approval prior to the moratorium imposed by the Macau government several months ago.

The victim of Wynn’s gain seems to be Melco Crown, which had cornered the VIP market with a high commission payment and an agreement with junket consolidator A-Max Holdings. According to A-Max CEO Ted Chan, VIP rolling chip turnover was down to HK$36 billion (US$4.6 billion) a month from an average of HK$40 billion. The turnover figure was 27 percent below analysts’ projections of up to HK$49 billion a month.

Also last week, Melco Crown co-owner James Packer announced that his Crown Casinos would not invest in a massive casino project planned for Manila Bay in the Philippines. Rowen Craigie, Crown CEO, blamed the decision on the credit crisis.

“The recent and ongoing events in world credit markets have made it very difficult for gaming operators to develop commercially viable casino-entertainment projects where those projects require significant external debt funding,” said Craigie.

Meanwhile, Stanley Ho’s SJM began to evaluate plans to renovate his original casino, the Lisboa. Ho and his senior staff began to consider plans submitted by several architectural firms including Dennis Lau and Ng Chun Man, Leigh & Orange Ltd. and Simon Kwan & Associates Ltd., all from Hong Kong, along with Paul Andreu from France and Progetto CMR from Italy.

Preliminary designs for the renovations will go on public exhibition this week in a ballroom at the Grand Lisboa, the most recent casino opened by SJM.

“It was in February 1970 that the Hotel Lisboa first opened its doors to greet customers from all over the world,” said Ho. “Since then Hotel Lisboa has become a representation of Macau and a justifiable symbol of Macau’s financial growth and success.

“I am particularly excited about this next step in the evolution of the Hotel and Casino Lisboa and I am looking forward to delivering a property of which all Macau can feel proud.”

Las Vegas Sands, meanwhile, was looking forward to the soon-to-open Four Seasons Hotel, which it hopes will ramp up its VIP market share. While the Venetian continues to improve in the VIP market, its original casino, Sands Macao, has seen a precipitous dip in recent months. The company posted a loss in the second quarter, attributable to increased operating expenses and net interest expense.

The Four Seasons, due to open this month, brings a new level of luxury to the Venetian, which has the largest casino floor in the Macau market. The Four Seasons will have a separate casino, mostly devoted to the VIP market.

Approvals for several properties in Macau operated by Las Vegas Sands have slowed significantly, as the government struggles with tightening gaming regulations.

“We will of course continue to do everything in our control to deliver our announced developments as expeditiously as possible,” LVS President and COO Bill Widener said.

And MGM Mirage and partner Pansy Ho began to plan for a casino resort on the Cotai Strip, although it is still unclear whether the government’s moratorium on new developments excludes this previously announced facility. Pansy Ho insists it will go forward.

In last month’s quarterly conference call, MGM Mirage announced a slight uptick in market share and that it has instituted some changes. President Bob Moon will be moving back to the corporate offices and will be replaced by Grant Bowie, the former president of Wynn Macau, in September.

Increased restrictions on visitations from the Chinese mainland may be balanced a bit in the future with the construction and completion of a bridge connecting Macau with Hong Kong and Zhuhai. The bridge will make it easier to get to Macau, which is now reachable only by ferry from those two cities.

The design of the bridge was approved last week by the Chinese Ministry of Transport. It will now be considered by the Central Government and State Commission for National Development for final approval.