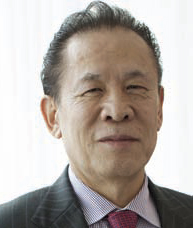 Japanese slot-machine and pachinko manufacturer Universal Entertainment Corporation is planning what it calls an “organizational realignment” that will prevent former chairman Kazuo Okada, who was voted off the board of directors last fall, to return in any capacity that involves casino-related business.

In a press statement issued in June, Universal indicated that it had established a new company, Limited Liability Company ABC, which is set to become the parent company of its three primary casino-related businesses—Tiger Resort Asia Limited, Aruze USA, Inc. and a new entity called UE Technologies Inc.

“In acquiring and maintaining licenses for casino-related businesses in the various states of (the U.S.), members of management and shareholders must undergo strict screenings of suitability conducted by the gaming commission serving as the regulatory authorities,” the statement said. “In cases where unsuitable individuals are present among management or shareholders, there is a risk of being unable to acquire a license to begin with, or a license that is already held being invalidated.

“Given that, as part of preparations to secure the structure to execute business at the casino-related businesses … without being affected by a shareholder of the company’s parent who has been cited as violating governance and compliance (Okada) even should this unsuitable individual assume the post of director at the company or its parent, the company has decided to conduct an intra-group organizational realignment for those casino-related businesses.”

In May, Universal revealed that it had also decided to file criminal complaints and civil lawsuits against Okada and Aruze Gaming America, the slot supplier he owns, seeking compensation of damages for alleged patent infringement.

Okada is still under investigation by Nevada regulators for his alleged involvement in fraud activities for personal benefit that negatively impacted Universal. He has denied all charges.