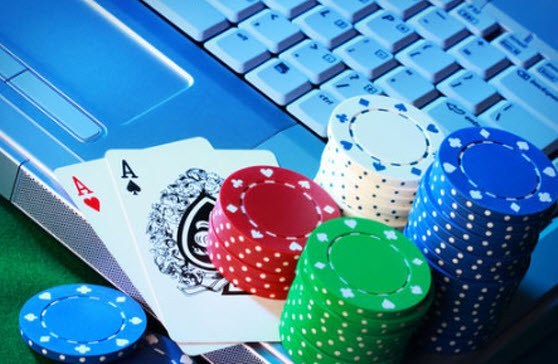 American Indian leaders in the Midwest and Eastern United States are stepping up efforts to form interstate internet coalitions in an effort to leverage tribal government entry into the quickly emerging online gambling market.

Internet coalitions linking tribes in 28 states are an option for indigenous leaders who fear tribes will not be able to compete with large, popularly branded gambling companies in Nevada and elsewhere, notably Caesars, MGM and Wynn Resorts.

“From the beginning I’ve been telling tribes their strength is in their numbers and how many states they are in,” says Ehren Richardson, an online consultant for several tribes and the National Indian Gaming Association.

“Whether they like (internet gambling) or not, this is how they can succeed, by joining forces. It doesn’t mean every single tribe has to be involved,” he says, with larger tribes serving as hubs for smaller affiliate tribes.

But there are economic and legal obstacles, notably limitations in tribal-state regulatory compacts and provisions in the Indian Gaming Regulatory Act that most legal experts believe limit the ability of tribes to accept wagers from off Indian lands.

Internet experts say tribes cannot generate the player liquidity necessary to make online gambling work if wagers can only be taken from persons on tribal lands. This is particularly true with poker, a non-house-banked game that along with bingo is generally classified as Class II gambling under IGRA.

“I believe, both philosophically and legally, that tribes have a right to do Class II internet gaming right now,” says consultant Joe Valandra, principal in VAdvisors.

“But until there is a consensus on the legality of off-reservation wagers,”

Valandra says, the ability of tribes to successfully engage in online wagering “remains a difficult question to answer.”

In the absence of federal legislation, several states have legalized online wagering or are considering doing so, posing a competitive threat to the $27.4 billion tribal casino industry.

But elected officials in Washington, Arizona, Oklahoma and New Mexico—states with nearly 100 of the 247 casino tribes—are opposed to online gambling, creating jurisdictional and legal hurdles for tribes hoping to venture into the online market.

“I think the Southwestern states have kind of boxed themselves in,” Valandra says, largely due to tribal-state compacts that prohibit internet gambling or leave the issue sufficiently vague as to invite state opposition.

Although Class II gambling is generally conducted outside tribal-state compacts, tribes in Arizona and elsewhere included Class II gaming in their compacts.

The Cheyenne-Arapaho Tribes of Oklahoma in April agreed to shut down their free-play PokerTribes.com website in exchange for an agreement with the state allowing them to offer a real-money site for non-U.S. players.

“Internet gaming is improper in Oklahoma,” where 33 tribes operate more than 100 casinos, Steve Mullins, general counsel to Governor Mary Fallin, told the Oklahoman. “We basically are saying we will not expand gaming in Oklahoma on the internet.”

California, the largest Indian gambling market with 59 tribes operating 60 casinos, is seeking to authorize intrastate internet poker to guard what is believed to be the country’s most lucrative online gambling market.

Online poker in California is not subject to the tribal-state compact.

“The timing is right,” Wade Duty, executive director of the Louisiana Casino Association, which represents 17 commercial casinos in the state, including in Shreveport and Lafayette, told Delaware Online. “As more states look at the concept of internet-based gaming, most tribes are hopeful that there will be some kind of federal uniform framework as the different states authorize it.”

Because of the divergent legal landscape in the Southwest, the more intense discussions regarding internet coalitions are taking place in the Midwest and Great Plains, regions where rural tribal governments are pondering how they can benefit from online wagering.

Kurt Luger, executive director of the Great Plains Indian Gaming Association, which consists of 24 tribes, has long been an advocate of an internet coalition to enable tribes in rural states to generate player liquidity.

Minnesota tribes meeting in April discussed a regional, interstate network that would extend from the Star of the North to the Dakotas.

Three bands of Lake Superior Chippewa Indians in Wisconsin have formed the Tribal Internet Gaming Alliance (TIGA), a coalition that will initially offer free-play interstate internet bingo with the goal of venturing into for-pay online poker.

And the Mohegan Tribe of Connecticut and Mississippi Band of Choctaws Indians have also been involved in at least informal talks about creating a tribal coalition.

“By working together on a nationwide basis, we believe tribes will be able to compete successfully with all potential competitors, including Nevada,” Bozsum said.

“It would give to those tribes—many of whom don’t have the resources—the ability to go out on their own, to be able to become full participants, whereas they could never do it by themselves,” says Alfonse D’Amato, chairman of the Poker Players Alliance.

Luger has discussed the matter with John

“We all have the same thoughts,” McCarthy says.

But tribal association officials are cautious about discussing the issue publicly.

“I don’t want to get ahead of the tribes,”

Intertribal internet coalitions were expected to be a major topic at the Great Plains Indian Gaming Association meeting late last month in Prior Lake, Minnesota.

Although a number of Indian governments have

opposed congressional internet gaming legislation, the absence of a federal scheme leaves them at the mercy of the states.

A panel of gambling regulators at the April Global iGaming Summit and Expo in San Francisco predicted that states will eventually overcome legal, taxation, regulatory and operational challenges and enter into interstate agreements on the internet.

But it’s not clear if tribes limited by IGRA and tribal-state compacts can follow suit. Tribal governments, like states, also face regulatory and revenue-sharing issues.

“In the last 10 years, how many tribe-to-tribe coalitions on gaming have come together and held together when there’s money to be shared?” Valandra says. “There haven’t been any that I know of.

“The idea that tribes will come together any faster than states in intergovernmental compacts is a nice idea, but in practice will be very difficult to achieve.

“I’m not trying to be a naysayer. There’s great strength in unanimity among the tribes. But I don’t see it.”

The proponents of both TIGA and ITOGA (see sidebar, page 68) contend a growing tribal internet alliance could eventually evolve into a hybrid that includes states where online gambling is legal and commercial casino companies, which are legal in far fewer states than tribal governments.

“I don’t know of a more powerful model than the one we’re building,” Voyles says. “We’re talking about a labyrinth of affiliates operating in 28 states. That’s more than Caesars and MGM.”

“There is no reason tribal coalitions cannot expand to states like Delaware or New Jersey or other places which also authorize internet gaming,” says tribal attorney and consultant Penny Coleman.

“If they enter into agreements—say a tribal consortium entered into agreements with other states—they could offer gaming in state jurisdictions as well as in Indian Country.”

Tribal attorney Jerry Levine is optimistic his clients will succeed in internet gambling much the way they pressed the legal envelope in establishing the right to operate casino gambling on Indians lands.

“Tribes need to be innovative, just as they were with slot machine technology in the ’80s,” Levine says.

“You’re going to see a lot of these efforts by tribes,” he says of tribal coalitions such as TIGA and ITOGA.

“Some are going to get knocked down. But ultimately, as a matter of necessity, the tribes are going to find some way to stay alive in this internet area until they can get the legislation or the tribal-state compacts or whatever they need to do it legitimately.

“They’re not going to get shut out of the internet gambling industry.”