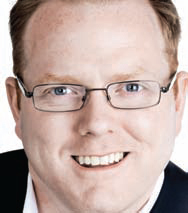 After several years as a legislative aide, Patrick Harris began his career as a consultant lobbyist in Toronto, and quickly discovered a keen interest in the gaming industry. Despite limited knowledge or experience in the industry, he worked under the mentorship of Troy Ross at Hill + Knowlton Strategies, quickly learning about the different regulatory and political issues in the Canadian gaming industry, as well as the public affairs element that surrounded it.

Harris’ love of politics inspired him to get involved with campaigns, so when Las Vegas casino companies started attempting entry into Toronto, it offered him the opportunity to lead some aggressive sales pitches. This resulted in Harris’ work with MGM on their community relations and stakeholder outreach, as they strategized to transition into Toronto.

Through this project, Harris met two executives who would prove to be tremendous industry mentors for him, MGM Resorts International Executive Vice President Alan Feldman, and Executive Vice President of Global Gaming Development Ed Bowers. His biggest clients, Harris worked closely with them for two years as they honed his knowledge and assisted in establishing him within the industry while he continued the all-important stakeholder/government groundwork.

In the early fall of 2013, Harris left the consulting world to join MGM’s team full time as the lead for Canadian development, working side by side with Feldman and Bowers. This presented the opportunity for him to spend more time in Las Vegas and gain a more hands-on perspective of the gaming industry. Through his career endeavors, Harris has learned about the challenges inherent in getting local governments to side with the gaming industry.

“There are many moving parts at play with any gaming development,” Harris says, “and it is imperative that you cover your bases as it relates to the community, to the politics and to the different stakeholders, whether it’s labor unions or community groups. Developing strong local stakeholders to champion the economic benefits of the gaming industry is so important to success.”

Now as the senior associate for TRM Public Affairs, Harris cites “understanding the industry, especially the politics, and how it all comes together” as the most important component, since it’s the basis for how he advises his clients.

As for his accomplishments, Harris prides himself on his efforts to expand the gaming industry in Ontario and specifically in Toronto. His heavy involvement with the community and his initiative to raise awareness on how cities benefit from casinos resulted in an online following 50,000 people strong, making a positive impact on the industry.

His current work still involves the land-based casino project in Toronto, as well as work in daily fantasy, eSports and the horse-racing industry, as he studies their roles and how they interplay in the existing land-based casino industry.

Harris also continues to work with MGM Resorts. He has helped to spearhead the MGM efforts to license the GameSense responsible gambling platform from the British Columbia Lottery Corporation. MGM is aiming to have the platform live in all of its U.S. properties by the end of 2017.

States Harris, “I really like what I do now because it allows me to focus on all different types of issues. I love working with all of my clients and the breadth it’s giving me in this industry.”

Considering how greatly he benefited from the tutelage of various mentors throughout his career, Harris looks forward to becoming a mentor himself, and helping other young executives rise up within the gaming industry.