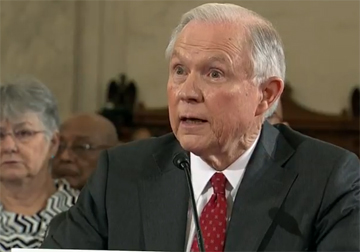 The confirmation hearings for President Donald Trump’s nominee for attorney general, Jeff Sessions, jarred the iGaming industry in December. Under questioning by Senator Lindsay Graham (R-South Carolina), an advocate for Sheldon Adelson’s RAWA (Restore American’s Wire Act), Sessions said he would “review” the Department of Justice’s 2011 memo that found only sports betting was prohibited by the 1962 Wire Act, allowing online gambling and lottery to expand.

While it’s unclear what would happen to the three states that have already legalized iGaming, it’s not stopping other states from continuing to explore the new industry. In fact, it may have increased momentum.

Two members of the Pennsylvania House of Representatives have filed a co-sponsorship memorandum outlining upcoming legislation to expand gaming in the state, including the legalization and regulation of online gaming and daily fantasy sports, as well as new regulations to make it easier to get new styles of slot machines into casinos.

The co-sponsorship memorandum, filed by state Reps. George Dunbar and Rosita Youngblood, states an intention to introduce “omnibus gaming legislation that will protect consumers, maintain and improve the competitiveness of Pennsylvania’s casino industry and generate needed revenues for the commonwealth.”

For iGaming, it would regulate and tax online wagers, including a full slate of online casino games and online poker, with land-based casinos operating the sites along the New Jersey model, and impose consumer protections on and tax online fantasy sports operators.

The memorandum joins a similar one filed last month in the state Senate by Senator Jay Costa, but many details of the plans remain to be debated and possibly reconciled. One main issue of contention is likely to be tax rates on iGaming. Last year’s House bill contemplated a 14 percent tax on online gaming, plus 2 percent for local communities to be distributed via an economic development grant program. Costa’s proposal contemplates a 25 percent tax rate on online gambling.

Few feel the Senate tax rate will be acceptable to operators, who already pay revenue taxes among the highest in the industry—55 percent on slot revenues and 16 percent on table games.

Costa’s iGaming fee structures also are much higher than the House plan. The Senate document contemplates a $10 million operator licensing fee, plus $5 million from suppliers, such as content providers. The House version contemplates $8 million operator license fees spread out over five years, with a $2 million supplier fee, also over five years. (Costa did not indicate the term length of the license fees.)

In New York, lawmakers will get their second crack in as many years at legalizing online poker following the reintroduction by state Sen. John Bonacic of a bill that would grant up to 11 licenses to host the games with licenses designated to state casinos and racetracks.

In 2016, Bonacic, who chairs the Senate’s Racing, Gaming and Wagering Committee, was able to steer the same bill easily through the upper chamber, which passed it 53-5, only to see it fail to reach a vote in the Assembly, where opposition to internet gambling is considerably stronger.

The fate of the 2017 version (S 3898) is uncertain as well, though proponents take heart in the fact that the legislature has given its support to daily fantasy sports, classifying it last year as a skill-based activity, and because Assembly Gaming Committee Chairman Gary Pretlow, who opposed the 2016 bill, now says legalization is “doable.”

In Massachusetts, state Senator Bruce Tarr has introduced a bill that would allow state casinos to offer online games.

The bill is a “shell” bill, which means that the details need to be filled out. The bill would allow casinos to apply for licenses to “conduct gaming operations via the internet, provided that such operations do not include or reflect gaming mechanisms operated by the state lottery program or those simulating or resembling slot machines.” This would imply that the internet games could be games such as poker, craps and roulette.

Last year the legislature created an ad hoc “Special Commission on Online Gaming, Fantasy Sports Gaming and Daily Fantasy Sports” whose task is to study all online gaming except for the lottery and recommend an omnibus bill to the lawmakers this summer. Tarr’s bill is jumping the gun a little on that.

Massachusetts Gaming Commission Chairman Stephen Crosby is on that commission. He has been calling for an omnibus bill that would include fantasy sports and online poker for some time now.

Three members of the New Hampshire House have introduced a bill to allow online gaming in the state. The bill, titled “Allowing Online Gambling,” has been referred to the Ways and Means Committee.

The bill so far lacks specifics in that it does not create a regulatory framework for licensing or require that online gaming be operated by companies based in the Granite State. It simply decriminalizes the practice and allows New Hampshire residents to play on existing online sites. It would, therefore, not create any new revenues for the state from licensing fees.

And finally, an online poker bill has been introduced to the Hawaii legislature seeking to allow online poker and casino games.

The bill—introduced by state Senator Will Espero—would create the “Hawaii Internet Lottery and Gaming Corporation.” Tax revenue would be used to benefit public schools and the University of Hawaii system. The bill allows online poker and casino games and has provisions for player sharing agreements with other states.

The bill also calls for online gaming to help boost tourism to Hawaii through “land-based gaming entertainment events,” even though Hawaii currently has no land-based casinos.

Past efforts to bring online gambling to Hawaii have gained little traction, and the state is one of only two in the U.S. with no form of legalized gambling or casinos. Still, Espero said that “tens of thousands” of Hawaiians are sending “tens of millions” of dollars out of the state by gambling online illegally via unregulated offshore sites.