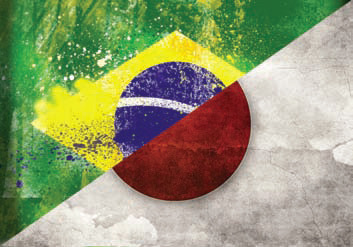 So, she actually was moving solidly toward legalization when she was impeached and resigned the presidency under corruption charges. The country’s interim president, Michel Temer, has picked up the mantle and is supporting legalization as well.

The terms are still unclear about how much gaming would be introduced and where, but there is clearly a momentum. Unfortunately, momentum can come to a screeching halt in a country where political upheaval is the norm. But it seems likely that, at the very least, there will be a robust and transparent discussion about the benefits and challenges that will come with the legalization of gaming in Brazil.

Meanwhile, longtime gaming observers are extremely skeptical of talk of gaming legalization in Japan. For at least two decades, the discussions have ebbed and flowed with the various political regimes in power and the overarching issues facing Japanese governments of all stripes. So, what makes this year’s legalization drive different? A few things:

Last summer, Prime Minster Shinzo Abe was re-elected along with enough members of his party to completely control the Diet (Japanese legislature). Abe has been a strong supporter of integrated resorts in Japan, but had to work with minority parties in the past, which was enough to derail his plans.

“This time, it’s 100 percent happening,” former Japanese cabinet member and casino supporter Kotaro Tamura told CNBC—and Tamura’s optimism may be well-founded. Not only does Abe support the gaming proposal, he has been joined by three pro-casino officials who were promoted to high-level positions in August.

But now, with the support of his own party, the Liberal Democratic Party, and newly appointed casino supporter Toshihiro Nikai as secretary general of the party, the path is clear for Abe to make a major push.

While China is clearly the biggest market for gaming in Asia, Japan is no slouch either, if you cite the existing gambling options in the country, principally pachinko parlors—which reportedly generate ¥19 trillion (US$187 billion) a year. Pachinko is a pinball-style game immensely popular in the country. While players can’t win money directly, prizes can usually be redeemed for money at a separate location.

Although there isn’t much public enthusiasm for casinos, some believe that an education campaign would change opinions.

“If the public were to understand that there would only be a couple of casinos and that they would be massive entertainment destinations that extend well beyond gambling, there would be a favorable opinion,” said Grant Govertsen of investment bank Union Gaming Asia Securities Ltd.

Those IRs would become very profitable, very fast, he believes.

“We believe that two IRs in Japan would quickly surpass the revenue story in Singapore, which in turn would make Japan the second-largest gaming market in the world behind Macau,” Govertsen said.