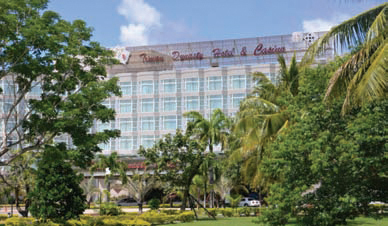 Two Chinese investment groups have submitted applications for the first casino license authorized on Saipan, one of them linked to the new owners of the casino’s prospective rival on the nearby island of Tinian.

Both companies wired proof of a US$1 million non-refundable application fee. Both also are required to pay a $30 million casino license fee by May 5, bringing Inos closer to his promise to restore the cash-strapped government’s recent 25 percent cut in retirement pensions.

“It’s a good day for the commonwealth,” his press secretary Angel Demapan said.

The Senate’s pro-casino President Ralph Torres said he was initially hoping that “three or four” investors would participate, “but I am happy that we have at least two,” he told the Saipan Times. “This will lead to economic activities. We can now better address the issues before us.”

The winning bidder is required to build at least 2,000 hotel rooms as part of a minimum investment of $2 billion.