The outbreak of the Coronavirus has had a major impact on the gaming industry. With this in mind, GGB is committed to providing updated news and analysis on our weekly news site, GGBNews.com.
AGA 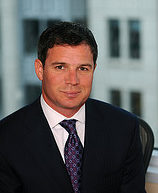 There’s no doubt about it; the past couple of years have been difficult ones for the commercial casino industry. Battered by reduced consumer spending driven by high unemployment rates and lower consumer confidence, commercial casino revenues dropped for two consecutive years. However, as 2010 progressed, anecdotal evidence and monthly revenue reports provided hope that the worst may be over.

The anecdotal evidence was confirmed by the economic impact data reported in the 2011 State of the States: The AGA Survey of Casino Entertainment, which was released this month.

Data reported in the annual survey showed gross gaming revenues totaling $34.6 billion in the 22 commercial casino states, 0.9 percent more than in 2009. Direct gaming tax contributions also rebounded with a 3 percent increase when compared to 2009. While these numbers are reasons for the industry to be optimistic, overall revenue is still considerably lower than the high reached in 2007. Clearly, there is still some work to do, but commercial casinos are on the right track, and I am confident that we’ll reach and exceed those levels in the future.

One change to this year’s report that regular State of the States readers will recognize is a shift in the way national gaming revenue, tax contributions, employment and wage data are aggregated. In the past, commercial casino figures in State of the States did not include data from states with only racetrack casinos, which was tallied separately in the report. The aggregation of these figures provides a more full and accurate picture of the industry’s true impacts on national, state and local economies.

Also new for the 2011 edition is public opinion polling detailing the demographic profile and visitation habits of casino patrons. The survey was coupled with a broader survey whose results are reflective of the general U.S. adult population. The results show that casino customers are demographically similar to the general population, and their visits include much more than just gambling.

According to the survey, 31 percent of Americans visited casinos during 2010. This is somewhat higher than the one-quarter (25 percent) who gambled while they were there.

When comparing the travel and leisure habits of casino visitors to those of the general survey population, it is clear that casino visitors do a lot more than just take trips to casinos. They are more active in their leisure time, going to the movies, concerts, sporting events, museums and amusement parks more often than the general public, and are more likely to take vacations of at least five nights (55 percent to 45 percent). Specifically, they averaged 9.9 visits to casinos less than two hours from their homes and 2.9 trips to destination casinos last year.

The polling results also give insight into casino visitors’ gaming experiences, revealing that a majority (51 percent) list slot machines as their favorite game, followed by blackjack (19 percent). Two-thirds (67 percent) use player’s club cards when they gamble, and the most popular items on which to use player’s club points are dining (35 percent), free play (17 percent) and hotel rooms (15 percent).

The gaming floor is not the only draw at today’s casinos. Non-gaming amenities are an important part of visitors’ experiences, with nearly three-quarters (73 percent) eating at a fine dining restaurant and more than half (56 percent) seeing a show. In fact, 16 percent of those visitors surveyed never or rarely gamble when they visit a casino; and dining, shows and shopping are the most popular activities with non-gambling casino visitors.

While the fact that casino visitors are active, well-rounded, responsible individuals who closely mirror the demographics of the general population may not be news to those of us who work in the gaming industry, the results help counter some of the negative stereotypes about casino gamblers that continue to pervade in the media.

Also of note, almost three out of five (59 percent) of those surveyed visit other attractions, restaurants or retail areas outside of the casino during their visit to a casino. This is powerful evidence against the claim that casinos attract visitors at the expense of other local businesses and area attractions. In fact, these results indicate quite the opposite is true.

In all, the casino experience adds up to a good value for visitors, as more than three-quarters (77 percent) think that an evening at a casino is a good value compared to other entertainment options.

The 2011 State of the States report also provides year-over-year polling results on the American public’s attitudes toward casino gaming. This year’s poll shows that 82 percent of Americans view casino gaming as acceptable for themselves or others. This number has been relatively consistent for more than a decade. Coupled with the results of the casino visitor survey, they reveal an industry that has been accepted by the public as a solid contributor to the entertainment landscape.

There are two take-aways from this year’s State of the States. First, while the nation’s economic difficulties have made for a rough couple of years for the commercial casino industry, the worst appears to be over. Secondly, the industry is creating the diverse, exciting gaming experience that casino customers have come to expect. It is this experience that will keep them coming back and lead to not only revenue recovery, but growth. Those are two pieces of information about which we all can be optimistic.

To access the complete 2011 State of the States report, visit www.americangaming.org.