An overview of the new casino gaming law in Japan 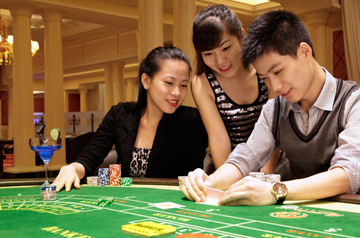 In late December, the Act Concerning Promotion of Development of Integrated Resort Areas (the IR Act) was passed into law by the Japanese National Diet (parliament). With passage of the IR Act, Japan has introduced the legalization of limited casino gaming in the form of integrated resorts (IRs), and abandoned its long-held comprehensive ban on casinos.

Past, Present and Future of the IR Act and IRs in Japan

An alliance of 74 Japanese lawmakers formed in April 2010 in an effort to introduce integrated resorts in Japan. This alliance drafted the original version of the IR bill in 2011. An updated version of the bill was first submitted to Japan’s National Diet in December 2013, but failed to pass due to insufficient political support.

Political support grew over the past three years, and the alliance of pro-gaming lawmakers eventually expanded to more than 200 politicians. Ultimately, the IR bill received strong cross-party support from all major political parties in Japan, and only minor changes to the bill were needed to obtain sufficient votes for passage. Such changes mainly included incorporation of additional protections to prevent problem gambling, the chief issue that generated some political opposition.

Where Gaming Currently Stands in Japan

The IR Act does not legalize wholesale casino gaming in Japan, but instead provides for the creation of a limited number of integrated resorts. Japanese IRs will integrate casinos with facilities such as international conference and exhibition centers, hotels, shopping centers, restaurants, theaters, amusement parks, sports complexes and other similar attractions.

The IR Act does not itself introduce a detailed regulatory framework for integrated resorts in Japan. Additional bill(s) will need to be enacted to create such regulations for the establishment of IRs in Japan. According to the IR Act, the “government shall take necessary legislative measures approximately within one year after (the IR Act) comes into force” to enact these regulations.

Nevertheless, given the time needed for selection of host city or cities, planning, construction and other steps needed for integrated resorts to begin operations, it is commonly understood that the attempt to have integrated resorts in Japan prior to the 2020 Olympic Games has been abandoned. There has instead been a shift in focus from IR development for the purpose of the 2020 Olympics to a focus on attracting foreign tourists to Japan on an enduring basis into the future.

Several cities and prefectures have expressed an interest in bidding for an integrated resort in their localities. Such cities and prefectures include Hokkaido, Akita, Tokyo, Yokohama, Chiba, Osaka, Wakayama, Nagasaki, Fukuoka and Okinawa. The front-runners thus far are generally understood to be Osaka and Yokohama.

While the passage of the integrated resort bill in Japan was widely hailed in the casino industry, it’s still unclear how much the market is worth. While some estimate it could be as high as $40 billion annually, others are more circumspect.

One of the unknown variables is whether Japanese casinos would be able to attract Chinese VIPs, or even if the Chinese government would allow that to happen. Some believe a market of only Japanese locals would be sufficient to guarantee success. But Japan seems to want to copy the Singapore model, where integrated resorts are used to boost tourism and business development.

Union Gaming analyst Grant Govertsen says the passage of the first bill “is a landmark occasion and should be a shot in the arm as it relates to investor sentiment in all gaming names that could be players in Japan.”

He told Yogonet that it’s hard to estimate gross gaming revenue for the market “because we don’t yet know any of the most important variables from which we could estimate a market size. Namely, the government still needs to create and pass the so-called IR Implementation bill. It is this bill that contains such pertinent details as the number and location of licenses, the tax rate, whether or not locals will be allowed to gamble, etc.”

Govertson does believe, however, that Japan will be the second-largest gaming jurisdiction in Asia, and far exceed GGR produced on the Las Vegas Strip.

Possible participants in the market include all the usual suspects—MGM Resorts, Wynn Resorts, Caesars Entertainment, Genting, Melco Crown, Galaxy Entertainment and others. But some believe successful bidders will have to make deals with Japanese companies.

“Looking at the debate in Diet, there’s a lot of resistance to the idea of 100 percent foreign-owned casinos, so that is probably off the table,” Kiso said.