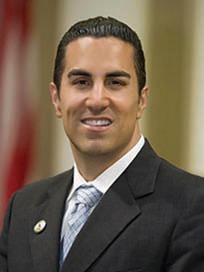 Last month, California Assemblyman Mike Gatto introduced an online poker bill, AB 9, that will, he said, “expand the pie” and address many of the concerns that have kept such a bill from passing before.

In introducing the bill, Gatto declared, “The status quo is a lost opportunity. California could receive significant revenue for merely regulating and legitimizing an industry that Californians already participate in but send their dollars overseas.” He estimates that 2 million Californians play poker. There are no credible figures for how many residents play online poker since it is currently illegal and unregulated. Nevertheless, many overseas online poker sites currently accept American players in defiance of federal law.

Gatto’s bill is very similar to one proposed by Assemblyman Reggie Jones-Sawyer in the previous session. The main difference: it would require an initial deposit to be made in person and withdrawals for as high as $10,000 to also be made in person through satellite service centers. Gatto envisions that these would be operated by smaller casinos, such as tribal casinos or card rooms, which might make up for most of the gaming “pie” being divided between a few larger players. Most potential players are within about an hour’s drive of such establishments, he said.

“A lot of people in the gold rush got rich selling shovels, and we think we have a proposal that has shovels in it now,” he commented.

The politics for the legalization of online poker in California have changed since last year, when a solid block of 13 tribes were united against allowing the participation of PokerStars in partnership with the Morongo Band of Mission Indians. That alliance greeted Gatto’s bill with extreme skepticism, however, calling it “a rehash of previously unsuccessful proposals.”

Since the last legislative session, Morongo and PokerStars and three card clubs have picked up more allies, including the San Manuel Band of Mission Indians, which initially opposed PokerStars. Morongo has made it plain from the get-go that it would fight legalization if the statute included a “bad actor” clause designed to exclude PokerStars.

Some things have changed to make PokerStars more palatable. One is that, despite its earlier problems several years ago with the Justice Department, PokerStars is on the verge of being licensed to operate in New Jersey, one of a few states that has online poker (Delaware and Nevada are the others). Another is that a Canadian company, Amaya Gaming, now owns PokerStars and is licensed in New Jersey and elsewhere. Amaya never ran afoul of the Unlawful Internet Gambling Enforcement Act of 2006 (UIGEA) by allowing Americans to play with real money.

This creates as close to a clean slate as possible for the legislation, including a new committee chairman to shepherd the legislation. Gatto is the new chairman of the Assembly Committee on Appropriations, which has previously been charged with overseeing gaming-related bills.