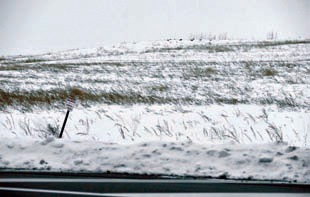 An Indian tribe based in Oklahoma has asked the U.S. Bureau of Indian Affairs to set aside a parcel of land in New York state, possibly for a tribal casino. The Seneca-Cayuga tribe made the same request in 2008, but was denied.

According to the Auburn, New York,

Citizen, the initial request, which would have removed the land from county tax rolls and placed it into trust for the Indians, was denied because the Indian Reorganization Act of 1934 was designed to help tribes acquire and consolidate land holdings only if the action might contribute to the economic development of that tribe’s reservation. The Seneca-Cayuga tribe reservation is about 1,500 miles away from the 229-acre property in Montezuma, New York.

The request in 2008 was denied for many reasons, including the 1,500 miles that separate the land from the tribe’s Oklahoma reservation, which would be seriously impacted by an approval of the plan.

“The potential departure of a signification number of reservation residents and their families could have serious and far-reaching implications for the remaining tribal community and its continuity as a community,” James E. Cason, formerly of the Department of the Interior, wrote in a 2008 letter explaining the BIA’s decision.

A spokesman for the BIA said the submission is in its very early stages, with notification of local officials just beginning.