A new era for indigenous economies 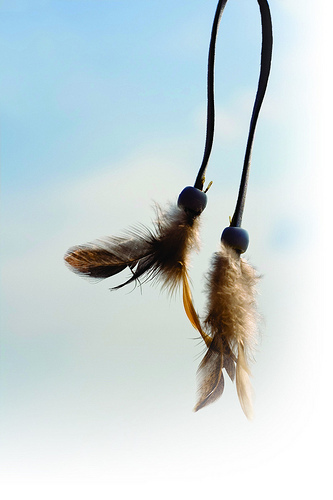 The diminished growth of the once-booming American Indian gambling industry is ushering in a new economic era for indigenous economies, particularly the 233 tribes and Alaska Native villages operating government casinos.

Indian gambling revenues in 2009 fell $200,000 to $26.5 billion, according to the National Indian Gaming Commission, the federal regulatory agency for tribal casinos. It was the first yearly dip in casino revenues since the industry was launched with passage of the Indian Gaming Regulatory Act of 1988.

The industry did, indeed, prove resilient in the face of a nationwide recession, particularly when compared to the 5.5 percent drop in spending at commercial casinos in Nevada, New Jersey and 11 other states. Boardwalk resorts saw gambling revenues fall 13 percent and Nevada experienced an 11 percent decline.

But the unprecedented economic growth that has helped fund education, health care and other social services for many of the nation’s 4.9 million American Indians and Alaska Natives has slowed dramatically as the Indian gambling market, which consists of some 440 casinos in 28 states, reaches a level of near-saturation.

“Tribes are at a bit of a crossroads in that they need to look for something new,” says Bill Lomax, a director with Capital Dynamics, a private equity firm, and president of the Native American Financial Officers Association. “They need to look for other opportunities. If you look hard enough there are certainly a lot of them out there.”

Location and Size
The direction tribes take will likely vary dramatically based on the community’s size and demographic profile. Small tribes in urban areas that grew prosperous from casinos have far different priorities than larger and more remote tribes in the Great Plains and Southwest, many of which operate only marginal gambling enterprises.

Most American Indian financial consultants believe tribes will increase efforts at diversifying investment portfolios and expanding into business ventures outside gambling to ensure a sustainable stream of revenue to finance tribal governments for future generations.

“I think (slowdown in gambling) has been a wake-up call for a lot of tribes,” says Lomax, a citizen of the Gitxsan Nation in British Columbia. “Anecdotally I can tell you a lot of tribes want to focus on diversification. Diversification will become a major issue for many tribes who realize gaming isn’t necessarily there forever and certainly is not going to be growing forever.”

“They need to start looking to the way the rich are investing, which is to look not only at money market accounts but also stocks and bonds, private equity and hedge funds,” says Lomax. “They need to cast a wider net when they look at the investment opportunities available to them.”

Expanding Business Enterprises
Jamie Fullmer, former chairman of the Yavapai Apache and CEO of Blue Stone Strategy, a consulting firm based in Irvine, California, says tribes need to both diversify into other enterprises and explore means of making existing enterprises more efficient and profitable.

“Many tribes with successful gaming operations haven’t historically had to look hard at their other enterprises because the gaming was earning enough that they felt comfortable,” Fullmer says. “Now with the slowdown in gaming they have to take a more critical eye to their full business portfolio, making sure tribal businesses are returning the maximum they can.

“Tribes have to engage in some efficiency planning. Are they managing their enterprises as businesses or as though they were departments within the tribal government? Are they making sure their enterprises are meeting annual budget and return expectations? Are tribal enterprises operating within industry standards and, if not, what do they need to do to get there?

“There’s a movement away from direct government oversight. Tribes are creating economic development agencies, corporations and boards, so there’s a buffer between the tribal political system and the business operations. The enterprises should not be run as though they were departments within the tribal government.”

Jana McKeag, president of Lowry Strategies and a citizen of the Cherokee Nation of Oklahoma, says economic diversification is crucial because casinos and other tribal business enterprises generate revenue to fund tribal governments.

“There needs to be a sustainable source of revenue beyond gaming to ensure there will be a revenue stream to fund governmental services,” she says, in the event there is a slump in the gambling and tourism industries.

But finding suitable, culturally appropriate and profitable business ventures is not easy. Small-enrollment tribes may weigh a business acquisition as purely an investment opportunity while larger tribes may be looking at means of generating employment.

“If you are relatively close to an urban setting and your casino is generating $50 million to $100 million cash flow, how many other businesses are going to match that?” says Alan F. Gordon, vice president of Bank of America Merrill Lynch. “If you buy 10 companies that each make $2 million, that’s pretty good right there. That’s $20 million.

“Tribes understand they are not going to make the dollars or margins” with most non-gambling business ventures, Gordon says, “but they have to try. They need to do it intelligently.”

“Eventually, I believe it will,” says former U.S. Senate Majority Leader Tom Daschle, an authority on energy and climate change.

“I think energy is the obvious choice for many tribes, both in carbon-based and clean energy opportunities,” Lomax says. “Renewable energy seems to have a lot going for it given the situation in the Gulf of Mexico. I think there will be a lot of momentum for renewable energy for a while. I believe the Obama administration will continue to make renewable energy a priority, and there will be extra incentives for tribes to get into the business.”

In his April testimony before the Senate Committee on Indian Affairs, Joe Garcia, outgoing president of the National Congress of American Indians, said energy represents “the most meaningful and sustainable economic development opportunities to ever arise for some tribes that have been mired in endemic poverty.”

“But challenges are massive,” Garcia said, with most projects mired in pre-development phases, suffering from a lack of financing, transmission access and unfavorable tax structures. Congressional efforts to empower tribes to assume ownership of energy production, breaking the historic paradigm in which indigenous Americans have leased valuable natural resources to outside companies, have not reached fruition.

“Understanding the importance and value of energy in the modern economy, (tribes) view energy as a pathway to achieving more and stronger self-governance and greater prosperity,” says A. David Lester, executive director of the Council of Energy Resource Tribes and a citizen of the Muskogee Creek Nation.

But many financial consultants are not optimistic about energy opportunities, at least for the immediate future.

“There’s been talk about it for years but I still haven’t seen anything going on,” Fullmer says. There is little in the way of funding incentives to encourage tribes to develop their energy resources, he says, and many tribes with voluminous reserves of carbon-based energy resources are remote and far off the existing electrical grid.

An Inevitable Evolution
Some analysts encourage tribes to continue to rely on gambling and tourism, which they anticipate will eventually rebound. Moody’s Investors Service recently upgraded its industry outlook for the U.S. gambling sector from negative to stable.

“The stable outlook reflects Moody’s belief that the overall credit conditions of the U.S. gaming industry will neither erode nor improve materially during the next 12 to 18 months,” wrote Moody’s Senior Vice President Keith Foley in a June 22 report.

With the maturing of the tribal gambling market it was inevitable that the growth would slow. Still, the industry has proven resilient in the face of the nation’s recession. Although revenues fell nationwide, more than half of the 58 percent of casinos running in the red saw their yearly income fall less than 10 percent.

“A 10 percent decrease in revenue is significant but it’s not so large that you can’t deal with it by cutting staff or right-sizing your operation,” Lomax says. He predicts revenues nationwide will remain flat for 2010, but profitability will increase as casinos adjust to the revenue shortfalls.

But the double-digit growth of tribal gambling appears to be a thing of the past.

The proliferation of casinos and increased competition, coupled with a gradual expansion of commercial casinos, racetrack slot machines and other forms of for-profit gambling, has eroded growth in the tribal gaming industry.

Most of B of A’s 150 tribal clients have reacted prudently to the economic slump, Gordon says, doing what they can to avoid cutting back on governmental services, keeping up with debt payments and seeking to establish a more diversified portfolio.