With most of society looking for non-smoking environments, how do tribal casinos respond? 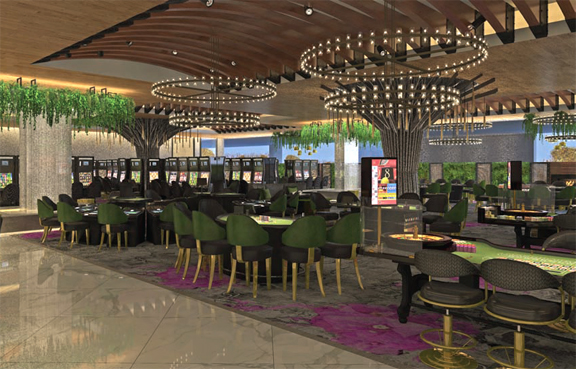 California law bars smoking in public places. But the Sherwood Valley Casino in Willits lies on tribal land, which belongs to a sovereign nation and is not subject to the laws that govern California.

So patrons smoke away.

“We often get complaints about the smell or smoke,” says Michael Broderick, general manager of Sherwood Valley, which opened in 1996.

But business is business. And deciding not to go smoke-free is a business decision, Broderick says. “The majority of our gamblers smoke. It’s part of the experience.”

And employees accept the smoke as a fact of life on the casino floor.

“It’s a condition of employment. Team members understand that when they come to work here,” Broderick says.

Smoking may be frowned upon throughout much of the U.S.— 90 percent of young adults and 92 percent of older adults are non-smokers, according to one source—but not in Sherwood Valley. And unlike a lot of commercial casinos, which often block off sections for smokers, Sherwood Valley permits smoking everywhere.

It’s a simple philosophy: casinos work to give patrons what they want, both on the gaming floor and in all of the amenities they provide.

“Smoking is one of those things,” says Sheila Morago, executive director of the Oklahoma Indian Gaming Association (OIGA). 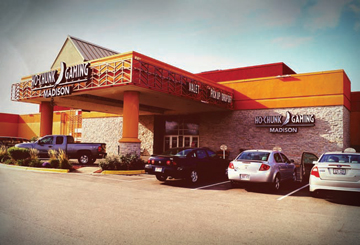 Ho-Chunk Madison went smoke-free in 2015 and has seen business recover and then set records.

Still, other tribal casinos take the opposite tack.

Take Ho-Chunk Gaming Madison in Wisconsin. Ho-Chunk, which opened in the late 1990s as a bingo hall, went smoke-free in 2015. The genesis began with comment cards coming in: Love the place, hate the smoke.

“We received so many complaints, we explored the possibility of going smoke-free,” says Daniel Brown, executive manager of the property.

The casino surveyed players’ club cardholders over a three-month period. The results were the opposite of what casino executives had come to believe, that 70 percent of customers liked to puff away when they play.

“That was a common industry line of thinking,” Brown says. “Our results turned that upside down where 30 percent preferred smoking. We can go smoke-free and we were fine.”

They did, and never looked back. To be sure, it wasn’t a bed of roses from the outset. At first, revenues dropped. With other casinos not that far away, Ho-Chunk went through sometimes drastic revenue losses.

“It was the initial shock. Then we saw an incremental climb in revenues. By the ninth month, we were back to where we were before. And we’ve set records since 2016,” Brown says.

Positive comments have reinforced that decision.

Ho-Chunk attracted different market segments—baby boomers with elderly parents, for example, Brown says. “Folks were more comfortable bringing their parents. Before we went smoke-free, they would never set foot in this place.”

Even with data to support the switch, it was still a big decision, says Bronson Frick, director of advocacy at Americans for Nonsmokers’ Rights. “But they stayed the course, and business came back even stronger than before,” he says.

But for smoke-free supporters like Frick, the split is insufficient to keep secondhand smoke from filtering to people.

“Secondhand smoke is a top customer complaint in many casinos,” Frick says. “It can be a significant barrier for attracting and retaining talented staff and for attracting non-smoking customers.”

The science is clear from agencies like the Centers for Disease Control and Prevention: casino ventilation systems, smoking sections and smoking rooms do not address the health hazards of secondhand smoke.

“There is a non-linear dose response and no safe threshold of exposure,” Frick says. “Even at low levels, breathing secondhand smoke has immediate harmful effects on the heart and blood vessels. Secondhand smoke increases the risk of heart disease, cancer and stroke up to 30 percent.”

Yet going smoke-free is a sensitive policy issue for tribes, he acknowledges. Casino revenue is vital for protecting cultural sovereignty. “But keeping indoor smoking also has a cost, and there are many benefits to consider for shifting smoking outdoors instead of designated indoor areas.”

Some 20 states require smoke-free air in all commercial gambling venues, including Maryland, New York, Massachusetts and Ohio, Frick says. Overall, there are around 800 smoke-free indoor gambling halls in the U.S., including a growing number of sovereign tribal venues such as Yellow Brick Road in New York, along with Ho-Chunk.

OK, you say. But what about the former Revel, a property that opened to much fanfare as the only smoke-free casino in Atlantic City? That property lasted but two years.

Being smoke-free didn’t doom the place, Frick says. “They didn’t have an outdoor smoking patio, for one.” To smoke, patrons had to walk across the giant gaming floor, up escalators and out onto the Boardwalk, and try to light up in the often blustery coastal wind.

“Adding indoor smoking didn’t solve Revel’s problems. And smoking in Atlantic City’s other casinos did not stop the downward spiral of revenue driven in part by gaming expansion into traditional feeder markets.”

Many tribal properties—Sherwood Valley, for example—cater to what could be considered “locals markets,” neighbors in the region, and casino management does regular monitoring of guest and employee preferences.

Also, tribal governments balance “return on investment” with “return on community” in ways that corporations do not, says Dr.

Katherine A. Spilde, professor at the L. Robert Payne School of

Hospitality and Tourism Management at San Diego State University and endowed chair at the Sycuan Institute on Tribal Gaming.

As casinos go, Sherwood Valley is a small local establishment, with less than 300 slots, no table games, a small café—and, oh yeah, a smoke shop too.

“It would be contradictory to sell cigarettes but not allow smoking on the gaming floor,” Broderick says. 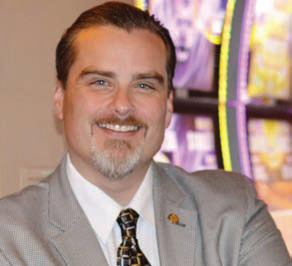 Michael Broderick, general manager of Sherwood Valley casino in Northern California, said a majority of his customers smoke, so he must appeal to them.

Sherwood Valley prides itself on its ventilation and air circulation system, which keeps the air as fresh as possible.

“Other places do not have as good a system as we do. And we have a very robust maintenance program. Maintaining air quality level is really important to us,” says Broderick.

Indeed, casinos spend millions of dollars on air exchange systems in their operations, OIGA’s Morago says. “The goal is to make sure that old air is changed with new outside air often. Our No. 1 goal is the health of our patrons and employees.”

Yet, despite a top-flight filtration system, groups like the American Society of Heating, Refrigerating and Air-Conditioning Engineers (ASHRAE) contend that smoking should be limited to certain areas outside the building itself, Frick says.

Frick blames the ventilation answer on commercial tobacco giant Philip Morris. The company, concerned about declining smoking rates, heavily targeted a wide range of hospitality trade groups, including the casino trade associations, with economic scare stories and a pitch for ventilation alternatives to smoke-free. But even Philip Morris had a disclaimer that ventilation systems were only intended to address the nuisance factor, not health, he says.

Indoor air assessments affirm that even sophisticated casino ventilation systems do not eliminate secondhand smoke. This is further validated by assessing pre- and post-shift biomarkers of exposure in workers, Frick says.

The bottom line is that ventilation systems are not a substitute for smoke-free air.

“Casinos should be careful not to make health claims or imply that ventilation systems reduce or eliminate the health hazards of secondhand smoke, because that data simply doesn’t exist,” Frick says. If someone is smoking indoors, everyone else is too, he points out.

“I’ve heard casino operators in both tribal and commercial casino industries discuss their smoking policies and their desire to create smoking and smoke-free environments for both patrons and employees,” Spilde says. “I think operators in both industries are also interested in more guidance with regard to the impacts on the bottom line when transitioning from smoking to non-smoking in an existing property.”

To that end, Spilde and her colleagues are currently doing surveys and interviews and collecting slot data at three properties in California. She declined to disclose which ones, because of confidentiality agreements. The funding from the California Department of Public Health will allow the group to examine the impacts of a shift from smoking to non-smoking in tribal casinos.

“This will help tribal governments determine the net impact of this shift, including health cost savings, employee and patron choice models, thirdhand smoke clean-up and other factors that might be overlooked in the equation when making this decision,” Spilde says.

Policy impact is often difficult to measure in isolation from other factors, she says. “We hope to add to the academic and industry knowledge about what impact smoking policies have on the bottom line in order to provide tribal governments and tribal casino operators with better methods to make these decisions themselves.”