OLG will not force Ontario's largest city to host a casino 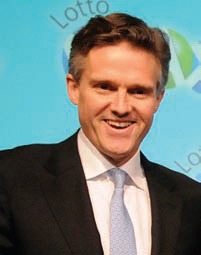 The Ontario Lottery and Gaming Corp. has affirmed that it will not try to force Toronto into accepting a casino.

“There’s a very significant opportunity for the city of Toronto but, at the end of the day, City Council will decide if it’s positive from a jobs and tourism perspective and if, from a revenue perspective, it makes sense for the city,” said Chief Executive Rod Phillips.

Knowing Toronto’s core is the most fertile ground for new profits, Ontario Finance Minister Dwight Duncan touted a “golden mile” of high-end shops and entertainment on Toronto’s lakefront while OLG chair Paul Godfrey envisioned an “iconic” casino-resort near the water.

Nevada gambling giants took notice. Facing flat business in Las Vegas and cheek-by-jowl competition in other states, they are working feverishly behind the scenes on groundwork to win a monopoly license to build a multibillion-dollar complex as close as possible to Toronto’s tourist infrastructure. Caesars, MGM Resorts and Las Vegas Sands are among the companies that have expressed interest.

City staff are writing a report on the pros and cons of a casino and specific potential sites that will be part of a council debate expected in October on whether to allow one in the city.

In an effort to boost gaming revenues for the province, the OLG launched a massive program of privatization and consolidation in the industry, a centerpiece of the plan to open 29 so-called “gaming zones” to private investment.

So far, there have been few takers, with only three municipalities currently with no form of gambling—Peterborough, Belleville and Clarence-Rockland on the Ottawa River—indicating their support.

Seven others currently with slots have expressed “continued support of the gaming facility.”

Potential builders and operators had a July 4 deadline to submit a “request for information” signaling interest. Phillips said he believes OLG will meet the target of launching a formal procurement process this fall and choosing the winning bidders and locations in 2013.