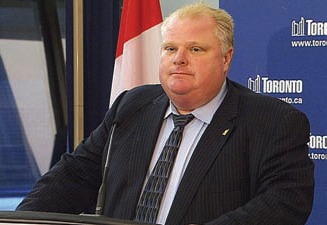 With support for a resort casino in downtown Toronto unraveling, the Ontario Lottery and Gaming Corporation is quietly revising its municipal wish list.

Though no change has been announced, the suburb of Vaughan now appears on the OLG website within the map of 29 casino “zones” designated by the agency as potential host communities.

Under the plan originally developed by the agency last spring, Toronto’s downtown waterfront was grouped with two other areas—southern Mississauga and Markham-Richmond Hill—in a single zone.

The new map, with a section of Vaughan included, simply says at the bottom, “Revised March 2013.”

The OLG views Toronto as critical to its belief that expanded gaming can generate an additional C$1 billion a year for Ontario’s treasury if the province abandons racinos as the mainstay of the industry and instead promotes private casino development in major cities.

Markham is considered the front-runner should Toronto pass, according to news reports citing unnamed sources. The city is located far enough from Woodbine Racetrack to not cut into its business but close enough to Toronto to be viable. It is also near highways and other road infrastructure that could support the increased traffic.

MGM Resorts International, one of several companies vying for the downtown casino, has said it is also considering an area near Buttonville Airport in Markham. Cadillac-Fairview, MGM’s Toronto partner, co-owns the land, and the airport is set to close, so there would be enough space for a gaming complex that would also include entertainment, retail and other commercial facilities.

Meawhile, Toronto Mayor Rob Ford has circulated an “open letter” to media outlets across the city highlighting the potential benefits of a downtown casino.

The numbers contained in the letter are not very different from the ones the pro-casino mayor has been repeating for months, and are reflected in a new report released by City Manager Joe Pennachetti: 10,000 permanent jobs and 7,000 to 11,000 temporary construction jobs, C$150 million in annual revenue to the city, an additional 130,000 business visitors who would spend $392 million.

“This is a golden opportunity for Toronto, and one we probably won’t see again for a generation,” Ford said in the letter.