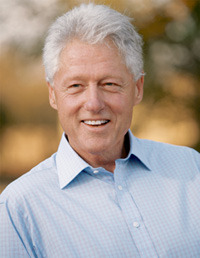 In a June issue of Newsweek magazine, an article titled “Why Gaming Has Gone Bust in New Jersey” stated the painfully obvious: the “supposedly recession-proof sin business” of gaming has “shed revenue in 2008 and ’09.”

According to Newsweek, casinos in Nevada and New Jersey are now being “forced to compete with shows, restaurants and other lures for recreational cash.” In a sign of the changing times, the article went on, casinos on the Vegas Strip are adding restaurants, retail and concert halls without expanding their gaming floors.

The story missed one not-so-subtle nuance: casinos, in Vegas, Atlantic City and elsewhere, are not losing out to entertainment, or necessarily competing with it. They are planning it, promoting it and showcasing it in a bid for more market share and renewed profitability.

In the early 1990s, non-gaming activities provided just 42 percent of overall revenue in Las Vegas; that number has risen to about 60 percent today. In Atlantic City, the bulk of casino revenues—about two-thirds—still derives from gaming, but with regional competition taking a bite out of the win, operators are now touting Atlantic City as an entertainment paradise that also happens to have casinos.

Widening the Net
With gaming revenues flat at best in many jurisdictions, and competition continuing to rise, casinos are using bigger, better and occasionally unorthodox entertainment to grow the market, attract new customers and give existing patrons more reasons to stop, stay and spend. As a result, the entertainment lineup is expanding beyond rock stars and big-name bands to include celebrity chefs, real housewives—and even former presidents.

At the Atlantic City Hilton, a new summer speakers series is not just expanding the definition of entertainment—it’s turning it on its ear.

The series kicked off last month with Fox News talkers Glenn Beck and Bill O’Reilly, now traveling the U.S. with their “Bold & Fresh” tour. The show quickly sold out, and fans spent big bucks to meet the duo (the rock stars of the Tea Party set) at an exclusive reception.

The Glenn & Bill Show will be followed this month by consecutive one-night-only evenings with former President Bill Clinton and former Vice President Dick Cheney, in an up-close-and-personal showroom setting. And forget about the Fourth of July; the real fireworks will ignite in August, when right-wing firebrand Ann Coulter and super-Democrat James Carville collide on the Hilton stage.

It’s a far cry from the casino entertainment of old, which was designed chiefly as a break from the real game of losing money. That change is just fine with Michael Frawley, chief operating officer at the Hilton, who says response to the bookings has been “amazing.” Atlantic City’s gaming monopoly may be over, he says, but the shore resort can still prevail and prosper if it changes its strategy and diversifies the entertainment slate.

“Casinos have to have all the components—good entertainment, good social opportunities, with a variety of food and beverage—to get people in these days, because the slot machine is just not as important as it used to be,” Frawley says. “Atlantic City was traditionally successful because of exclusivity of gaming. Now it’s time to be non-traditional.”

“What the Hilton is doing is very interesting,” says Clint Billups, president of CFB Productions, an entertainment brokerage and management firm based in Las Vegas. “My guess is that people who come to see someone like Bill O’Reilly will eat in a fine dining restaurant, rent a room and take advantage of hotel amenities. And they will probably have the spendable discretionary income to leave some money at the tables.” That’s just the kind of customers casinos want to see more of.

“Entertainment is absolutely a tool we use to drive customer visits and participation in other activities, including dining, lodging and gaming,” says Don Marrandino, Eastern division president of Harrah’s Entertainment, who oversees four Atlantic City casinos.

“Aside from the traditional entertainment you’re used to seeing in theaters, we’ve really expanded our offerings into a world-class nightlife experience,” says Marrandino. “There are now more places than ever for customers to gather before and after a show. From the gaming floor with unique experiences like the X Bar and the Wild Wild West that combine a nightlife experience with table games, to nightclubs like the Pool After Dark at Harrah’s and Dusk at Caesars, the party can start early, before a concert, and continue afterward, well into the night.”

Numbers Game
The new emphasis on entertainment is supported, at least in theory, by the statistics. According to the American Gaming Association, in spite of the recession and the resulting downturn in gaming revenue, 28 percent of the adult U.S. population, or 61.7 million Americans, visited a casino last year—an increase of 13 percent over 2008. While they certainly gambled less, fully 60 percent of those visitors took in a concert or other stage show.

In addition, even though attendance at U.S. concerts overall was down 1.7 percent in 2009, the number of people who attended a live concert or show at a casino increased by one-third. Gaming itself may not be recession-proof, but entertainment can actually see a boost during tough times, as people look for a momentary relief from their worries.

While consumers from 18 to 34 years of age are the primary target of most business marketing plans—they’re the ones who buy most of the music and clothes, as well as every pricey new incarnation of the iPhone and iPad—the casino sector looks for its bread and butter mostly to adults 35 and up.

This summer’s concert tours reflect that sensibility. Traveling the casino circuit are stars like Steve Winwood with Santana, Mark Knopfler of Dire Straits, Ringo Starr and his All-Star Band, Aerosmith, and even the Village People and one-hit wonders Wang Chung. On the bill at Mohegan Sun are ’70s-era folkies Carole King and James Taylor (who are starting in Vegas and working their way east); guitar hero Peter Frampton, also a ’70s icon; and the ’80s-vintage bands Styx and Foreigner. Of the casino’s top-tier talent, only the Backstreet Boys, appearing in August, still have all their hair.

At Atlantic City’s premier gaming hall, Borgata, the lineup includes plenty for the younger, edgier crowd, including Adam Lambert, Rihanna and Chelsea Handler. For baby boomers, it’s the Moody Blues, Jackson Browne and Sting. Kids and tweens will be able to drag their parents to American Idol Live, which is also making the casino rounds.

But baby boomers predominate, says Marrandino, as “the most important segment of our customer base. As such we are committed to providing compelling entertainment to this group at each of our venues.”

The Next Generation
Young adult patrons—the Gen-X and -Y contigent—are more likely to visit a casino for socialization opportunities, particularly at nightclubs. While they tend to be free-spending in that milieu, paying big for bottle service and other luxuries, and flocking to ogle paid celebrities like Paris Hilton and the deejay du jour, young adults are less likely to utilize multiple non-gaming amenities, such as spas, golf courses and upscale restaurants. In most cases, they are not playing at the high-limit tables.

But they are worth courting for the revenue they bring, their aura of youth and excitement, and their potential ongoing patronage, says Steve Gietka, entertainment director for Trump Entertainment Resorts in Atlantic City.

“Gaming appeals to individuals rather than demographics, but everybody in gaming can acknowledge that our core customer base has been more people in their 50s and 60s,” Gietka says.

“When you walk around a casino, you’re not going to see a lot of 21-year-olds, but hopefully entertainment, the nightclubs and shows, will be a gateway as people age and grow into gaming. Meanwhile, everybody is welcome to our party. We’re entertaining all customers in every demographic.”

Marrandino concurs. “Without question, we offer something for everyone when it comes to entertainment. The 22- to 35- year-old demographic is primarily drawn to our offerings at House of Blues at Showboat and nightlife entertainment at the Pool at Harrah’s Resort. With acts ranging from the Flaming Lips and Diddy to appearances by Kim Kardashian, there are some terrific events that really appeal to that demographic.”

Bottom Line
Every entertainment choice must justify itself on Monday morning, when the casino’s internal auditor looks at the numbers.

“That spreadsheet tells not only what the drop was that weekend, but also what food and beverage business was, what the hotel occupancy was, what the retail sales were, and how well they did in the health spa,” says Billups. “If business was off substantially over that weekend, really the only variable was who was in the showroom. And even if an act sold out, if the average retail sales were below average, it says that people who attended the show didn’t eat in the steakhouse or go shopping. You have to match the artist to the demographic you’re looking for.”

Novelty “acts” like the summer series at the Hilton have worked well in some venues, and fizzled in others. In 2006, Mohegan Sun did an afternoon authors’ series, hoping to reach an older female demographic. That worked for a time, and filled the place on weekday afternoons, which is always a boon. It was a different outcome in 2008, when Mikhail Gorbechev appeared at the Seminole Hard Rock Casino in Hollywood, Florida. The former leader of the Soviet Union was paid a reported $125,000 to deliver a speech on poverty, world peace and the environment. With a ticket price of $85, the event attracted a mostly older crowd, but the Seminoles had to give away blocks of tickets when Gorby failed to pack the house.

Bill Clinton and Dick Cheney are risky choices, and casinos prefer to leave the gambling to the patrons. But the strategy could pay off, and the publicity generated by the events has been its own reward. Frawley says his aim is create events that are “stand-alone and self-supporting, events that don’t rely on gaming revenue, though again, gaming augments the overall experience.

“Gaming is a piece of the puzzle,” he says, “but it’s not the largest piece anymore. It’s just part of what we do.”