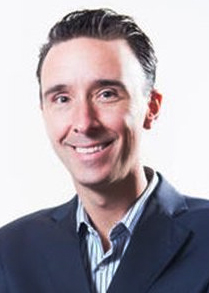 Todd Haushalter moved from land-based gaming to iGaming without missing a step. Now the chief product officer for the “live dealer” company Evolution Gaming, Haushalter has experience with gaming operators (MGM) and suppliers (Shuffle Master) but is very excited about the opportunities for the live dealer aspect of iGaming. Haushalter spoke with GGB Publisher Roger Gros at the ICE trade show in London in February.

GGB: Let’s start at the time you joined Evolution. It was a big leap of faith for you. Tell us how that came about.

Todd Haushalter: It’s actually an interesting story. I’m at MGM, I’m VP of gaming, thinking about how to grow the slots and tables business at the corporate level. And I really believed, “This is my dream job. I’m never going to leave this job. I like everybody I work with.” It was just awesome.

So Evolution called and said, “We’re public now; why don’t you come on out, and just chat with us?” So I came out and they convinced me that this is the future. They were growing at 40 percent and were going to continue to grow at 40 percent for a long time, and basically, we can do anything. They’ve got these dealers working from studios, streaming it live; it’s kind of a crazy business, but I get table game operations, and then the players play live on their phones. It felt like the future. So I moved to Malta three and a half years ago, been making games with them ever since. It’s been a lot of fun; it’s really cool.

It’s really just a table game operation broadcast out over the internet. Right?

It’s literally that. But if you came to one of our studios, you’d see 3,000 or 4,000 people working there. And it’s just studio after studio. It looks more like a television studio than a casino, but you see dealers moving cards around, and spinning roulette wheels. And what’s fascinating is, we’re not limited to physical space. We have roulette games where there’s 1,000 or 2,000 players playing at any given moment. Here’s a fun fact: All five of the biggest roulette tables in the world judged by gross gaming revenue are with Evolution now.

In blackjack, we see players in Vegas playing the 6:5 rules, and it’s migrated to other parts of the country now. Do they understand that that’s not a good bet for them, your online players?

Collectively, there’s a big group of them that are just agnostic about it. But as you move up in limits, everything starts to change. And so, for the first time in my career, I can literally see every decision a blackjack player makes, because it’s digital. And so, we can ask questions like, “How do $10 players play differently than $50, versus $5,000 players?” And literally, as you move up in average bet, the quality of the play improves.

Do you use eight-deck shoes, and do you worry about card counters?

Yes, we have eight-deck shoes, and we have this interesting dynamic where everybody is effectively anonymous, and they can all use digital equipment to count the cards, so the counter-measures that you have to have in place are severe. But we deal four of the eight decks, as the most aggressive counter-measure. But you just have to; otherwise you would get eaten alive by card counters.

How does it work in New Jersey, where everything has to be dealt inside a real casino?

That’s burdensome, but that’s the rule. We partnered with Hard Rock, and we’ve got 30,000 square feet inside the Hard Rock casino, and it’s a beautiful environment. And so, in that space, at maturity we’ll have, depending on how you configure it, maybe 30 or 40 tables. And so, from that casino, not only will we service Hard Rock, but we’ll service all of our clients online, and then hopefully we’ll also be able to service clients in Pennsylvania, from New Jersey. If you have to do that every time—add casino space and dealers, and add a whole operation—it becomes very difficult.

Looking at some of your new products here at ICE, it became evident that you’re not just about table games. Explain some of the new things you’re getting into.

We’ve started to broadcast game shows that you can bet on. We’ve recently licensed the rights to Deal or No Deal, and we asked, what if we can build a game that is literally like a game show, but you can play along at home?

So we started looking across the horizon line at all the different game shows that are out there, and what might make sense. Deal or No Deal has some heritage already in our industry, and it’s kind of a great gambling game. And so, we hired these British actors, and nobody’s ever done it before. A game round lasts three minutes. By our standards, that’s crazy. But look: not everything has to be blackjack and baccarat.

Evolution Gaming seems to be changing the industry.

Land-based operators are all wondering how we become more experiential. As Steve Wynn used to say, “You’ve gotta get people from over there, to come over here.” And you’ve got to have something compelling. We’ve all got the same blackjack tables and slots, but you want to be on people’s phones. That’s where they’re living their lives.