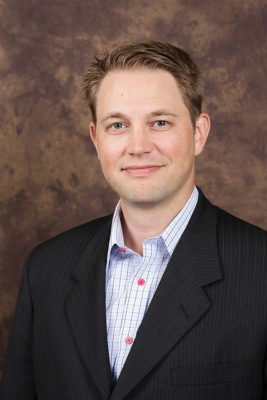 Todd Cravens joined Galaxy Gaming a year ago as vice president of business development. He was promoted to CEO in July when the license application for previous CEO Robert Saucier was returned to staff at the Nevada Gaming Control Board. Prior to joining Galaxy, Cravens was CEO of Americas for TCSJohnHuxley. He spoke with GGB Publisher Roger Gros at the Galaxy Gaming offices in November.

GGB: You took over as CEO of Galaxy just a few months ago. What did you find when you got here, and have you made any changes at this point?

Cravens: When I got here, I found a team that was kind of hungry for some management, some leadership. I also found customers that were looking for more from us. So, one of the things that we’re focusing on is opening up new markets and bringing new products to those markets. But overall, I found a team here that was very interested in growing the company, very interested in growing themselves. And so, from a standpoint of coming in as a new manager, it was enthusiastic people who were saying, “What are we doing next?” That’s made my job a lot easier.

Galaxy just got licensed in Nevada. What does that mean to the company?

Nevada means more than just Nevada. It’s the gold standard of regulation, and other jurisdictions pay attention. It’s huge for us. And we’ve already had really good response from customers. We’re doing a number of field trials currently, and the first quarter of next year we’ll be rolling out more of our electronics, the progressive Bonus Jackpot System, so that’s really important for us. And obviously, a lot of our big, major corporate customers have a lot of properties here. So, that’s important.

You replaced Rob Saucier, who was the founder of the company. What role does he play in the company right now?

Rob oversees product, and business development. Rob is the guy who created Lucky Ladies (side bet), and he has a tremendous mind for games. And at the end of the day, I think that’s where his passion is. He remains the majority shareholder of the company. He’s on the board of directors. When we talk about a new game, or we talk about some business development work, he lights up. And I would be silly to discount 20 years of running this company, if I don’t go in and ask him some questions from time to time, to get some advice.

More than ever. Of the four areas that we’re focusing on, product is No. 1, and technology is a big part of that. I’ll give you an example. In the state of Washington, the No. 1 game for the last 20 years has been Spanish 21. And as you know, it’s hard to dislodge a game in a market like that. So, we came out with a game called Player’s Edge, and it was a similar product, but we put our BJS and our electronic progressive system on there, and it caught fire. And so, we have now roughly 45 percent or 50 percent of the market in six months. So what’s interesting to me is not just the progressives, but our methodology on it is that we are looking for a higher frequency, a lower payout.

Baccarat has been a growing table game in Las Vegas and beyond. Is this a trend in the gaming industry now that baccarat is becoming a much more important table game to the casino operators?

Absolutely. It’s not that we just see it here on the Strip, but a lot of our customers in the state of Washington need to do something a little bit different. And other places that maybe you wouldn’t think about. In Kansas City, they’re running baccarat tournaments.