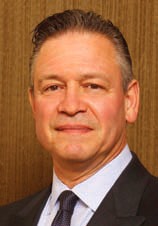 The city of Boston joined two other Massachusetts cities in January in suing the Gaming Commission over its decision in September to award the license for a Boston metro casino to Wynn Resorts. Somerville and Revere previously filed lawsuits.

Mayor Martin Walsh’s 74-page lawsuit demands the right for the residents of the Charlestown neighborhood to vote on the project and asks a judge to order such an election. It alleges that the commission exceeded its authority in awarding the license and that it violated the state’s open meeting law.

The lawsuit argues that the commission was required by law to insist that Wynn mitigate traffic impacts, which ought to have re-routed traffic away from this part of Charlestown. “Instead, the commission imposed conditions that will do nothing to prevent the exacerbation of existing congestion by introducing thousands of additional vehicles to the area.”

The commission maintains that it addressed and rejected Walsh’s contentions during its deliberations last year. In May it denied the city’s petition to be designated as a “host city,” a designation that Walsh at the time claimed his city could grasp with or without the commission’s approval.

Some see the lawsuit as a high-stakes negotiating tactic to get Wynn to offer the city more money than it has so far been willing to do. It has just enough legal irregularities to create some uncertainty about the outcome, they say. Richard McGowan of Boston College, a local gaming expert, told the Boston Herald, “They (the commission) seemingly overlooked who was selling the land in Everett. It could all be aboveboard, but who knows.”

Neither Wynn nor Everett officials mentioned the lawsuit when they celebrated the finalization of the purchase last month.

In an event hosted by Everett Mayor Carlo DeMaria, Wynn Massachusetts CEO Robert DeSalvio declared, “With this land transaction and our arrival into the city of Everett, nothing, nothing gets in our way in terms of bringing this project to fruition.” He declined to answer reporters’ questions on where discussions are between Wynn and the mayor on the issue of traffic upgrades.

DeMaria called the lawsuits by Somerville Mayor Joseph Curatone and Revere Mayor Dan Rizzo “sour grapes” and added, “I’d like to sit down with them all, resolve their issues. They have the right to litigate it. I thought it was all done once. It was already done through the Gaming Commission.”