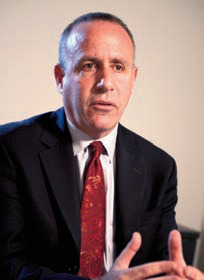 Three more states have joined Nevada as contenders in getting online gaming launched within the next year.

In California, the president of the state Senate, Darrell Steinberg, has introduced a bill that would legalize internet poker and eventually legitimize other internet games as well. Under his bill, card rooms, racetracks, advanced deposit wagering operators and Indian casinos would pay $30 million apiece for a license that would allow them to offer the games to California residents for 10 years. Any number of licenses could be issued.

Supporters say that licensing fees alone would generate $200 million for the cash-strapped state this fiscal year. A 10 percent tax would be levied on gross internet gaming revenues. California has one of the largest projected budget deficits of any state.

The games would become available for players in two years. Two years later, other internet games could be phased in.

Companies that have accepted online bets anytime in the last five years would not be eligible to apply for licenses. Such gaming is currently illegal in the U.S. unless authorized by a state.

Industry experts believe that billions of dollars in illegal online gaming currently happens in the U.S., with the majority consisting of California residents. According to Steinberg’s office, “We believe that there are millions of Californians already gambling illegally on the internet. This bill sets up standards and regulation and consumer protections.”

Senator Rod Wright, who has been pushing for some form of internet gaming in the Golden State for two years, is the co-sponsor of SB 1463, along with Steinberg.

However, the bill faces determined opposition by a group that represents several tribes with casinos. The California Tribal Business Alliance last month issued a statement calling the proposal a “harsh slap in the face to California tribes” and a threat to existing tribal-state gaming compacts, particularly the tribes’ exclusivity in offering certain forms of gaming.

California’s tribes are divided on the issue, with some of the most powerful gaming tribes pushing for it and others, just as powerful, pushing against. Many tribes believe they won’t be able to compete with non-tribal gaming entities. This creates a problem in the California legislature, where gaming tribes are among the most, if not the most, powerful lobbyists and political contributors.

Moak says he introduced the bill because of the Department of Justice’s new interpretation of the federal Wire Act, which now allows states to regulate online gambling activities that do not involve sports betting.

The bill, which addresses both poker and casino games, would give the Mississippi Gaming Commission authority to issue internet gambling permits to existing Mississippi casino licensees, subject to follow-up regulations and guidelines. The legislation proposes a monthly tax rate of 5 percent of revenues.

Although online gambling would be confined to within Mississippi’s borders, Moak said, “What I want to make sure is that if federal legislation finally comes down, our gaming commission has the opportunity to regulate.”

Still, it’s unlikely HB 1373 will pass into law this year. Last November, Democrat Moak lost his chairmanship of the House Gaming Committee, where the bill will be considered first. Moak was a lead sponsor of legislation that permitted Mississippi’s riverboat casinos to rebuild on dry land after Hurricane Katrina. But he noted the state moves slowly regarding gaming reform.

Iowa is taking a leading position in the race to regulate internet poker, as the Senate State Government Committee voted 11-4 last month to establish an online wagering structure.

Iowa legislators approved Senate Study Bill 3164, a bipartisan measure that would allow the state Racing and Gaming Commission to establish a structure whereby competing hub operators would partner with state-licensed casinos to provide access to online sites. The games would be restricted to within Iowa borders, and offered to players ages 21 and older who have established accounts with casinos. Out-of-state residents would be able to come to an Iowa casino, establish an account, and play during the time they were residing in the state.

“I believe we ought to have a thoughtful policy, a responsible policy that protects poker players so that they can be assured a fair game and a level playing field, whether they play poker online or in a casino,” said state Senator Jeff Danielson, chief sponsor of the bill.

Danielson was critical of Iowa’s “do nothing by default” policy, in which he compared the current online gaming arena to the “Wild Wild West.”

“We neither prohibit it, nor do we say it’s legal,” Danielson said. “It’s in limbo, in the legal sense.”

State Senator Rick Bertrand agreed with Danielson, saying that the online gaming policy would not only generate new revenue, but was a platform for individual freedom.

Not everyone supported the measure. Three Republicans and one Democrat voted against the bill. Some conservative leaders have spoken out on the addictive and corrupting influence of online gaming, as well as its easy access by underage gamblers.

Supporters of the bill say new GPS software would be able to restrict the online gaming so people in other states and countries would not be able to play. Danielson said the bill would enable the state to bar anyone associated with illegal gambling operations—currently a $100 million business—from doing business in Iowa, and capture economic activity leaving the state. It would also generate revenue via state fees charged to hub operators and an expected rise in revenue from state-licensed operations.

Bill 3164 will now work its way to the Senate floor, where Senate Majority Leader Mike Gronstal speculated it had a 50-50 chance of winning approval. Gronstal went on to say those were better odds than in the Republican-controlled House.