Toronto's residents get their say 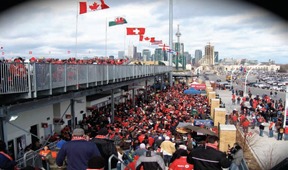 Toronto has launched its long-awaited public consultation on a proposed resort casino with a website, an online survey and five open houses to be held across Canada’s largest city.

The consultation will “gather input, including the public’s views and opinions on a casino generally, on possible locations for a casino, and what the public would like council to consider when making a decision on this matter,” a news release states.

City Manager Joe Pennachetti will consider the public feedback in writing his report, which is expected to go to Mayor Rob Ford’s Executive Committee in March, to be followed by a vote by City Council on the casino, possibly in April.

The Ontario Lottery and Gaming Corporation’s plans for privatizing gaming in the province call for a casino somewhere in the greater Toronto area, with possible locations including the suburbs of Mississauga, Markham or Richmond Hill. But it’s the idea of a downtown location favored by the OLG, the mayor and the big Las Vegas-based casino companies vying for the license that has sparked intense debate.

A report backed by the mayor’s office and released in October touted a downtown location as a jackpot in terms of revenue and jobs. Compiled by consultants Ernst & Young, the report suggests a resort-scale casino there could earn the city more than C$200 million a year in hosting fees, property taxes and lease or land sale revenues.