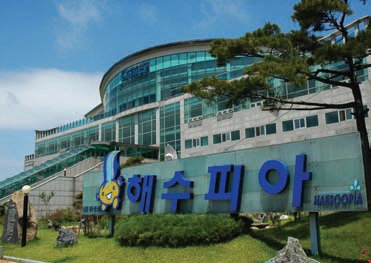 A multibillion-dollar mixed-use resort complex with gaming is on the drawing board in South Korea. The aim is to transform the area around the nation’s international airport into one of Asia’s prime leisure destinations.

“8-City,” as the project is called, will be located in the Yongyu-Muui island district in Incheon, about 25 miles west of the capital of Seoul. As currently planned it will include hotels, casinos, theme parks and other entertainment venues, shopping malls, ski slopes, a marina and a Formula One race course across a total of 31 square miles. It will be assembled in phases at a projected cost of 317 trillion won (US$290 billion) and is expected to draw 130 million visitors a year by full build-out in 2030.

Lead developer EightCity says it will create 930,000 jobs in total, from construction through completion and full operation. Construction is scheduled to begin in the first half of 2013.

The country is looking increasingly to leisure and tourism enterprises to boost the economy. Recently, the government revised the rules governing the country’s so-called “free economic zones” to make it easier for foreigners to invest in casino projects by lowering the required up-front commitment from US$300 million to $50 million.

Applicants for a casino license still need to commit to a minimum investment of $500 million and completion within four years.

There are 17 casinos in the country, 16 of which are barred to Koreans. Kangwon Land in Gangwon Province in a remote part of the country is the only casino open to residents.