The process of legalizing gaming in Massachusetts has already been long and arduous, and the end isn't in sight. 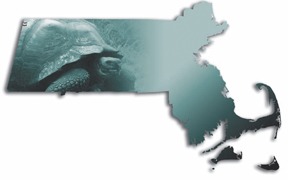 The Massachusetts Gaming Commission got what it wanted, robust competition for the two casino licenses and one slot parlor license up for grabs.

Eleven companies, including some Las Vegas giants, paid the $400,000 non-refundable fee and submitted the paperwork to be pre-qualified to bid for the licenses. The commission is in the process of poring through 21,000 pages of documents that are part of the criminal and financial background checks for 300 of the key players involved in the applications.

Commissioners hope to license the slot parlor by the end of 2013—earlier if possible—and the two casinos by early 2014.

The process of writing the regulations and seeking bids has been described as glacial by some, and one Boston Globe columnist referred to it as “turtles on Ambien.”

While Massachusetts licensing plods along, competition is heating up in bordering states. Rhode Island will introduce table games at Twin River Casino in Lincoln, Rhode Island, in July, the New Hampshire Legislature is debating whether to jump into the game, and New York is planning a major expansion.

That has left Massachusetts Governor Deval Patrick and gaming commission Chairman Stephen Crosby answering questions about the threat of competition to the fledgling Bay State gaming industry, even before a single dollar is played.

Both Patrick and Crosby deflect criticism about the speed of the Massachusetts process and seek to calm any fears that Massachusetts stands to miss out on jobs and revenue if it doesn’t move at a quicker pace.

Patrick, as he has from the beginning, says Massachusetts has only “one chance to get it right.” Crosby says the commission is attempting to strike the balance of moving as quickly as possible, while ensuring the “quality and integrity” of the process.

“We’re still going about building an organization from ground, absolute, zero,” Crosby said at an appearance in early March at a convention for building and trades unions clamoring for the construction jobs casinos are expected to bring. “We are as committed as we possibly can be to getting this done as quickly as we can get it done, but it has to be done in a way that ensures the quality and integrity of the process.”

Commissioners have debated the possibility of issuing the slots-only license earlier, but with four companies filing Phase 1 applications for that license, the commission has extensive background checks yet to complete and doesn’t want host cities holding required referendum elections when voters might be out of town on summer vacation.

Developers wrote their $400,000 checks understanding that Rhode Island, New Hampshire, Connecticut and New York would make moves of their own, Crosby said.

According to a study of gambling habits recently produced by the University of Massachusetts Dartmouth’s Center for Policy Analysis, Massachusetts sends more gamblers to Rhode Island and Connecticut than those states send to their own facilities.

It’s that market share that has some of the biggest names in the gaming industry jockeying for the licenses. Included in the mix are Caesars, MGM Resorts, Wynn Resorts, Hard Rock, Rush Street Gaming, Penn National Gaming and Warner Gaming.

“These are all top-flight companies,” says Clyde Barrow, director of the UMass center that conducted the behavior study of Massachusetts gamblers. “There is a sufficient number of bidders.”

Foxwoods Resort Casino and Mohegan Tribal Gaming Authority, the two Connecticut tribal behemoths, are also involved in the Massachusetts commercial bidding, in an attempt to expand their businesses and protect their flanks.

In the Greater Boston region, where Suffolk Downs owner Richard Fields has teamed with Caesars Entertainment, competition intensified as the commission’s January 15 deadline for the first phase of bidding approached.

Steve Wynn, whose initial plans with New England Patriots owner Robert Kraft were torpedoed by community criticism, is back with a proposal to build a $1.3 billion casino on the Mystic River in Everett. Wynn’s plans include a hotel that faces the Boston skyline. A rendering of the project revealed in late March shows a glass tower and a promenade filled with stores and restaurants stretched out along the waterfront.

In Milford, which is part of the same region where the Caesars and Wynn proposals are located, developer David Nunes of Warner Gaming has been joined by Foxwoods. The proposal is for a $1 billion casino that would include a 350-room hotel, three or four name restaurants, 125 table games, 4,200 slots and 50 poker tables, Milford officials have been told.

With Wynn and Warner in the hunt, Suffolk Downs, the site of a horse-racing track near Boston’s Logan Airport, is no longer considered a shoe-in for the license. Caesars has proposed a $1 billion investment that will include a 350- to 400-room hotel, as many as 16 restaurants, 4,000-5,000 slot machines, 200 table games and a World Series of Poker room. A model of the facility, built to garner local support for the project, shows a horseshoe-shaped hotel, a second hotel and a revamped racetrack.

The Suffolk Downs project hit a bump in late March when one of its key investors, Vornado Realty Trust, announced it would divest its 19.9 percent share in the project. Nearly a dozen Vornado representatives declined to file disclosure forms required in the gaming commission’s background check.

Still, it’s the license in Western Massachusetts that has garnered the most competition with four bidders.

In Springfield, MGM Resorts and Penn National are battling for the city’s affections. MGM is proposing an $850 million facility in the city that features a 274-room hotel, 70,000 square feet of retail stores and restaurants, a spa, 3,100 slot machines, 75 gaming tables, 25 poker tables, movie theaters and a bowling alley. The facility would be located in the city’s South End.

Penn National is looking to invest $809 million in its proposed Hollywood Casino Springfield in the city’s North End, a location that would relocate the city’s newspaper, the Springfield Republican. The company has partnered with local businessman Peter Picknelly and would also relocate Picknelly’s family business, Peter Pan Bus Lines. The casino hotel would have up to 500 rooms, 3,000-3,500 slots, up to 100 table games and 30 poker tables. A spa, restaurants and retail are also part of the proposal.

The two companies made news in late March with conflicting estimates of how many Springfield residents they’re committed to hiring. Penn National has said it will hire 90 percent of its workers from the city, while MGM has committed to more of a regional approach, saying that 35 percent of its employees will come from the city and the rest from surrounding communities.

Two other proposals—one by Hard Rock in West Springfield at the site of the Eastern Exposition Fairgrounds and the other by the Mohegan Sun Gaming Authority in Palmer—are also vying for the lone Western Massachusetts license.

Hard Rock has said it could spend up to $800 million on a 400- to 500-room hotel, spa and “tropical, indoor pool deck.” The casino would feature up to 3,000 slot machines and 125 table games, as well as restaurants, retail stores and a live music venue.

Facing stiff competition for the Western Massachusetts license, Mohegan Sun Massachusetts upped its proposed investment by $200 million to $800 million in Palmer. Mohegan has released few details of its proposal, except that it will be a rural casino, similar to its successful tribal casino in Connecticut.

Barrow, the UMass casino expert, says he’s doubtful the Western Massachusetts market can sustain the type of investment that’s being proposed by the companies.

“Everyone agrees that’s the smallest market,” Barrow says. “Now they’ve ratcheted it up to $800 million. That’s one of the risks of competitive bids. I don’t think they’ll ever build to that level. They’ll lay it out in phases and may never get to Phase 3. They’ll stop when they reach the saturation point.”

At its weekly meetings, the gaming commission is discussing criteria that will be used to evaluate the proposals. They’ve also discussed ways to ensure that the proposals become reality.

In Southeastern Massachusetts, the state’s third casino is in limbo. State legislation provided the Mashpee Wampanoag Tribe with the first crack at the region’s casino provided it could get the federal approvals necessary for an Indian casino.

The tribe recently finalized a renegotiated compact with Governor Deval Patrick that would pay the state on a sliding scale from zero to 21 percent of gross gambling revenues, depending on the level of competition. The state legislature and the federal Bureau of Indian Affairs still have to approve the deal.

Meanwhile, the tribe’s application to have land taken into federal trust is also under review by the BIA. That process faces a legal tangle that some experts say is insurmountable.

In late April, the Massachusetts Gaming Commission was expected to open the region to competitive commercial bids, saying the time line for a tribal casino remains too much in flux. That decision will likely open a flurry of activity among potential developers seeking a Massachusetts license.

Already, KG Urban Enterprises has unveiled plans to build on the New Bedford waterfront should the commission open up the bidding. A Bridgewater landowner said casino developers have kicked the tires on purchasing the 170 acres he owns near two major highways, but have stopped short of making a deal because of the prospects of a tribal casino.

Four companies are seeking the state’s lone slot license. Two of the companies—Raynham Park, a former greyhound race track, and Plainridge Racecourse, a harness horse-racing track—have been in the hunt since the expanded gaming legislation was first proposed in 2007.

Plainridge is proposing a 73,000-square-foot addition to its existing building, which would feature 1,250 slot machines, a sports bar, banquet halls, a restaurant and a food court.

They are joined in the competition for the license by Neil Bluhm’s Rush Street Gaming, which announced in late March they have a deal to build a slot facility in the city of Worcester. The facility would include a hotel, which is not a requirement in the legislation.

Another company, the Cordish Companies, a Maryland-based casino developer, is also seeking the slots license, but has not yet officially announced a location, Elaine Driscoll, a spokeswoman for the Massachusetts Gaming Commission, said. The company has discussed the possibility of locating its facility at a mall in Danvers, but has not made it official.

The commission will evaluate those based on job creation, economic impact, financial strength, marketing plans and other criteria in order to choose a licensee from among the applicants.

“We have to be careful as we analyze these proposals that perhaps the biggest may not necessarily be the best,” Commissioner Enrique Zuniga said at the commission’s March 14 meeting.