GGB is committed to providing updated news and analysis on our weekly news site, GGBNews.com.
Technology

For more than seven years, we have heralded, discussed and waited for the next groundbreaking event in the gaming industry-server-based or networked gaming. 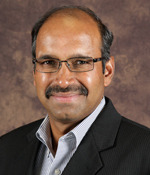 For more than seven years, we have heralded, discussed and waited for the next groundbreaking event in the gaming industry—server-based or networked gaming. Although the fanfare waned and many began to wonder if such a concept would ever be fully realized, steady progress has brought this game-changing reality to its tipping point.

Like most great achievements, the ability to deliver server-based gaming was not created in one day. And over time, the industry realized that this concept could not be achieved by developing one miraculous product.

We all recognized that you had to follow an evolutionary process and build a strong foundation that included high-performing slot-management and casino-management systems; sophisticated business intelligence tools; technology that enabled game download and configuration; high-speed networking solutions; and a player-user interface capable of delivering meaningful and compelling bonusing and patron services-related applications. All these components would work in a very synergistic environment that would result in that elusive return on investment (ROI) so often mentioned in any server-based discussion.

Along with getting the technology in place, we gaming technology providers had to employ a level of cooperation not often seen in other industries. All major companies teamed up to create gaming standards, thus forging the Gaming Standards Association. Under the GSA, we established a platform of common ground. Today, most suppliers support nearly all GSA standards and either already apply them to their products and systems or are in the process of doing so.

And it quickly became clear how important it was that these solutions were backwards compatible, meaning that operators did not have to replace existing games or core systems to adopt the new solutions, protecting their previously invested capital. It was also paramount that these solutions supported both GSA and normal computer-industry standards, making it easy for casinos to add third-party applications onto their existing technology investments.

Until now, server-based gaming hasn’t proven the ROI that would justify an operator fully embracing this technology. The advantages that major technology changes such as ticket-in/ticket-out provided have yet to be realized. The true test will be to see if this technology can increase time-on-device and how it can deliver meaningful and compelling services and bonusing applications directly to the player using all of the server-based-gaming infrastructure.

Today, everything is in place. Solid core technology. Open standards. Backwards compatibility. Computer-industry standards. And a player-user interface that enables dramatic new levels of creating floor-wide excitement for players. We have reached the tipping point. Change and progress will happen and begin to flow—starting now.

Benefits to Operators
As the process to develop a networked floor evolved, so, too, did the systems’ advantages. What began as a means to change game content more efficiently became a multi-faceted solution. The ability to download both game and player-user-interface content was key to everything else falling into place, and that has been achieved with centralized solutions that enable casinos to update content and firmware, including peripheral devices, as well as schedule changes to game configuration, without physically swapping out chips device by device.

Next came sophisticated business-intelligence tools for data, analysis, and campaign management, enabling casinos to develop targeted marketing campaigns and make changes to their casino-floor configuration in near real time.

Media-management solutions, for centralized control of all the digital media throughout the property, also became important for both timely and consistent communications to guests.

But the final piece, the player-user interface on each gaming device, has truly been the game changer. Managed from a central server, these robust communications devices enable one-on-one marketing to the player, and at the same time, function as a self-service kiosk, point-of-sale device, and a way to automate, strengthen and personalize promotions and player-loyalty programs. Powerful applications, deployed to players through this player-user interface, create floor-wide excitement through group-start promotions, wheel bonuses, random bonuses, and on-demand or bonus slot tournaments.

These solutions, when used in concert, improve service, streamline operations and drive revenue through their ability to vastly change the gaming experience.

Benefits to Players
One of the crucial facets of server-based gaming that the end user (player) sees is the player-user interface. Everyone knows that the in-game, picture-in-picture style can provide a convenient means to deliver information directly to the player, but it needed to become a much more versatile means of delivering this compelling content.

This interface has now evolved to be so much more. Apart from being an interface to show player account information, it can now act as a self-service “kiosk,” enabling players to carry out many functions, including ordering drinks, requesting their car from valet and reviewing their offers. As a point-of-sale device, it enables players to conduct banking functions and purchase lottery tickets and race and sports wagers without leaving their seats. Streaming video functions even allow players to watch live sporting events and TV programs.

But the real benefit is the way this technology can add dramatic new levels of excitement and anticipation to game play. When combined with floor-wide, interactive promotions, the player interface offers a second chance to win and the ability for players to earn valuable rewards, all without interrupting play on their base game.

The tipping point is here. Now it is up to us, the gaming manufacturers and casino operators, to work together to realize and capitalize on the full potential of this tremendous technology.