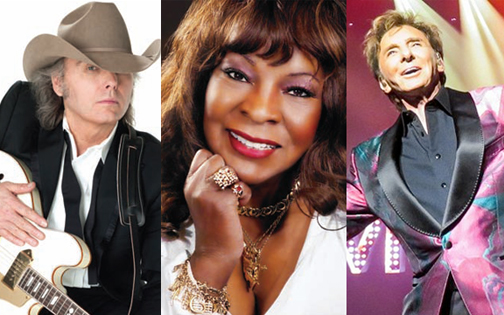 For more than five decades, Martha Reeves has reigned as one of the legendary stars to emerge from Motown. Evergreen hits with her iconic vocal group Martha and the Vandellas include “Come & Get These Memories,” “Heat Wave,” “Nowhere to Run,” “I’m Ready for Love,” “Jimmy Mack” and her signature, “Dancing in The Street,” which was inducted into the Grammy Hall of Fame. Reeves is a member of the Rock & Roll, Soul, Rhythm and Blues Music, Vocal Group and Alabama Music halls of fame. A former elected councilwoman for the city of Detroit, she has been an advocate on behalf of musicians, session singers and recording artists for better wages and royalties.

The Casino Entertainment Awards will be presented to artists, executives and venues in nine categories in casino entertainment. Selected from more than 1,500 online nominations, 2019 CEA Award Nominees include:

Complimentary tickets will be available to G2E attendees on a first-come, first-served basis (subject to availability) on October 15-16 from 10 a.m. to 5 p.m., at the Global Gaming Business booth (3701) on the G2E expo floor at Sand Expo.