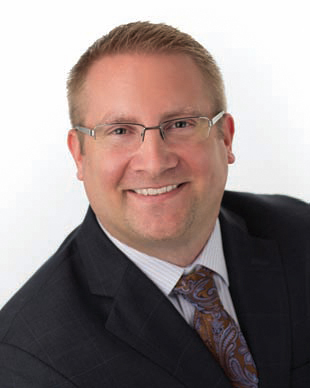 Mike Johnson had a rude awakening upon joining the workforce.

After graduating from the State University of New York College at Fredonia in May 2001, Johnson put his natural “people” skills to work in the sales department for Reed Exhibitions.

“Four months later, 9-11 took place and literally changed the world with me in it,” he says. “That one event showed us the best and worst of humanity and leadership. I knew I had natural leadership characteristics, and I was determined to use them. I just didn’t quite know how.”

Today, he’s found the way. His role as industry vice president for Global Gaming Expo encompasses the casino gaming portfolio for the world’s leading event organizer, Reed Exhibitions, in partnership with the American Gaming Association. In this capacity he is responsible for the overall strategic management of G2E and G2E Asia, the largest international casino gaming trade shows and conferences on either side of the world.

Johnson learned early in his career (particularly in sales) about the importance of listening as a key to communication. These characteristics have served him well and, coupled with a passion to excel, have allowed him to develop the best products and solutions for customers and find the best innovations to challenges.

He has always shown an innate ability to lead people by example, make good decisions, deliver positive results, and employ a company-first attitude.

Johnson credits the many influences and experiences he has had throughout his 13-year career, and has been able to apply and incorporate those lessons into his management “tool box.” Among the examples he has picked up from others is his belief in strong relationship management with customers, and an inclusive management style with employees. Additionally, he has a strong awareness of politics and the importance of valuing cultural nuances when managing an international portfolio.

“As the world’s largest event organizer, we have resources that many of our competitors do not, including some great management training programs,” says Johnson.

In bringing industries together, employees of Reed Exhibitions also get to meet many of the key players driving innovation across the industries they serve, which allows for emerging leaders to thrive and advance, and in turn has been very rewarding for Johnson on the gaming side.

“Being co-managed by the American Gaming Association, and sponsored by the Association of Gaming Equipment Manufacturers and others, it’s also very rewarding to know your work is directly impacting the industry you serve,” he says.

As the show manager for G2E, Johnson says he is honored to support the Emerging Leaders program, which recognizes innovation and commitment in younger employees. He believes the most valuable asset in any organization is its people.

Johnson sees the value in networking and building relationships, and enjoys recognizing and fostering those relationships with the future movers and shakers of the industry.

“I especially enjoy moving the needle for people and helping them understand new innovations in technology and processes which in turn help their businesses grow,” he says.

Johnson says he is excited to continue serving the industry and bringing everyone together across the G2E portfolio. Fresh off his first big 2014 gaming event at G2E Asia, he says he’s now gearing up for the big show, G2E, at the end of September.