The outbreak of the Coronavirus has had a major impact on the gaming industry. With this in mind, GGB is committed to providing updated news and analysis on our weekly news site, GGBNews.com.
Technology

Rejecting technology only leads to problems 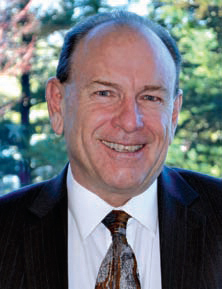 A sabot is a wooden shoe that existed in Europe beginning somewhere in the neighborhood of the 15th century. Its design was quite simple, for it was carved out of a single block of wood. It is also a shoe that some suggest has been responsible for a bit of mischief.

While historians disagree on the exact date, it is generally conceded that somewhere in the early-to-mid 18th century things began to change in the Western world. Society began to transform from an agrarian, or agricultural-based form of economic organization, to a mechanized, or industrial-based form of economic organization. This transition, often referred to as the Industrial Revolution, only seems a revolution in reflection, for the nature of this transformation consumed many decades. Accompanying this transformation came other changes, and a particularly relevant change was how people lived.

In the agrarian world people lived on the land, for that was where the work was. As more modern processes were replacing this form of economic existence, the labor force needed to be relocated into the vicinity of the machines. In short, people left the land where the jobs used to be, to migrate to the cities where the new jobs were.

As populations congregated and started living in larger groups to provide the labor to the developing mechanized processes, things were not always so pleasant. Providing fresh water, disposing of sewage, and problems with rubbish were but three areas that made for a less-than-perfect urban experience. Also, it has been suggested that the conditions in the early-mechanized processes were also less than ideal. Bad air, long hour, and poor pay were again but the start of a long list of grievances harbored by the early industrial participants.

The reaction of some of these folks to these issues was destructive. In their frustration and desperation, these workers would take their wooden shoes, their sabots, and toss them into the workings of the machinery. The end result was the destruction of the thing they saw as causing all of their pain. It is argued that this is where we derived the term sabotage.

In retrospect, there are few that would suggest that the Industrial Revolution didn’t fundamentally and materially improve the quality of life for the people on this planet, and yet we can appreciate that these poor misguided saboteurs had no way of understanding this at the time. They were just acting out against something they feared and did not understand.

We are all fundamentally better off today doing what we are doing than if we were living in some hut digging at the ground all day. Still, the course of progress is not smooth or perfect, and I am certain that stuffing one’s shoe into the workings of a loom probably satisfied some inner need. But the reality of the situation is that it was a wasteful and foolhardy activity that did not help anyone.

We are presently in another revolution, and it is loosely defined as the Informational and Telecommunications Revolution. The period is sometimes further defined down to the digital revolution, and it all really comes down to the computer age. This age has touched essentially all aspects of our society, from how we consume learning, to news, to products, and to services. It also proves an excellent delivery system for gambling. And here come the shoes.

There are some pioneers in our country who are following the course of this technology, working on both the leading and bleeding edge of incorporating this gambling delivery method into our models of regulation, and they are operators and regulators in the states of Nevada, Delaware, New Jersey and beyond. And against a ton of obstacles they are doing an amazing job.

There are also people who are concerned by this new gambling technology, and its accompanying revolution. These are the people that feel that their world may become a worse place with this technology, and these individuals can be a tribal member working her first casino job, or a wealthy entrepreneur who occupies the list of the world’s richest people. They can range from the blackjack dealer on the Las Vegas Strip to the pit boss in Kansas City; and from the advocate for the vulnerable in Des Moines to the person that sells surveillance cameras in Minnesota.

Every significant technological change on our planet is accompanied by a reactionary response from the ancien régime. It is normally led by a group of old men running about stuffing their shoes in things, or hiring agents to perform this role, and attempting to instill panic in the minds of the masses.

There will be a day when future historians will look back at the folly of this group of saboteurs, for revolutions of this magnitude always become a reality. Until then, we will all just get to watch a great deal of fascinating, extraordinarily expensive, and sometimes silly theater.

Welcome to the iGaming age in the United States.