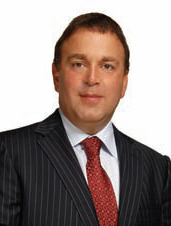 In 2016, almost five years after the U.S. gave online gaming the bum’s rush, PokerStars is preparing a comeback—in the one of the most stringently regulated markets in the nation.

When the big news broke in October, poker maven Nolan Dalla called the reentry a “space-race, flag-plant, Neil Armstrong moment in poker on planet USA.” Menas, who successfully argued the case before the DGE, says it was one small step for poker, with the potential to be a giant leap for the whole industry.

“I do think it’s a monumental achievement, but it’s not specific to Amaya,” says Menas, who also helped MGM Resorts regain its license to operate in New Jersey—and reclaim its 50 percent interest in market-leading Borgata. “If you look where the industry is going, online is the key to the future”—and could also prove to be the best solution for struggling brick-and-mortar properties.

As Borgata CEO Tom Ballance has noted, up to 90 percent of that casino’s online customers have never visited that glistening gold tower overlooking Atlantic City’s Marina district. The challenge, says Menas, is to take online gaming, which has been perceived as a threat to land-based operations, and turn it into a marketing and acquisition tool. “What online gives us the opportunity to do is to take that brick-and-mortar brand, cross-market it to a different customer, and tap into a whole new market.”

Online gaming may have been slow out of the gate, but its growth is inevitable and its impact immeasurable, Menas predicts. “Pennsylvania is sending all the signals it has the will and desire” to legalize online gambling, he says. “And New York is paying close attention to Pennsylvania. As the legislatures get younger and younger, federally and in the various jurisdictions, you’re going to see the evolution. The marriage between online and bricks-and-mortar casinos is not only inevitable, it’s necessary” to protect billions of dollars in investments by the casino companies as well as the communities they serve.

The proof is in the profits. One example is the Atlantis resort in the Bahamas, where the annual PokerStars tournament is consistently one of the best weeks money-wise for the resort. “We build a network online, we provide a product online, and then use that online product to say oh, by the way, come visit this location and enjoy an exceptional week at the Atlantis,” says Menas. “This is a partnership, and one that’s here now.”

He also contends that online gaming is not a black hole of anonymity where lurking online predators fleece their customers. “Digital is traceable. Every time somebody goes online, whether on a mobile phone, a laptop or desktop, they are leaving a digital trail.” Such visibility will make it easier to install and enforce consumer safeguards, ensure accurate customer geolocation, protect against money laundering and even help identify problem gamblers, he says.

“My message is simple,” Menas concludes. “There’s commercial activity going on in jurisdictions all across the country and around the world where online is not legalized, licensed and regulated. Here I am, a company that wants to be completely transparent, wants to be licensed, wants to be regulated and is willing to pay its fair share of taxes to provide entertainment to a consumer base that is already playing,” in many cases illegally.

“We’ve put our money on the table,” he says. “It’s not serving the states or the interests of the individual players if they don’t know who they’re playing with.”