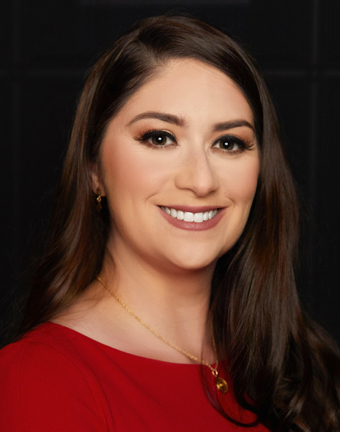 It’s not every day that you meet someone who trains thoroughbred race horses for a living. Both of Gretchen Holzhauser’s parents, however, did just that, and between what she learned from watching them work and what her father taught her about reading race forms and betting, her path to a future career in gaming was easily set.

In her 15 years of holding both property-related and corporate positions in the casino gaming industry, Holzhauser has made a point to not only set ambitious goals but to pursue them relentlessly. Having now achieved the title of vice president of human resources at Mississippi’s Scarlet Pearl Casino Resort, it is clear that her tenacity has paid off.

In this role, Holzhauser has been responsible for partnering with all levels of the organization to drive employee engagement and reduce turnover. She has built information systems from scratch and aided in protecting the property from the havoc of Covid-19 and the labor shortages that have too often come with it for other companies. Holzhauser also designs, develops and recommends human resources policies, programs and practices to ensure effective management of the Scarlet Pearl property and its 900-plus employees.

One of the most prominent characteristics that has led to Holzhauser’s career successes has been her flexibility. Her open-mindedness even afforded her the opportunity to relocate, which in turn opened doors of growth during her professional journey.

Another development that greatly impacted her career was being named a “Continuous Improvement and Operational Excellence Leader” upon joining Scarlet Pearl. This offered her a unique opportunity to learn about and make improvements upon all aspects of the gaming industry very quickly.

Holzhauser has benefited from working for and with several impactful gaming industry executives as well, citing her long-term mentor, Donna Hight (former corporate vice president, operational excellence at Caesars Entertainment), and Scarlet Pearl CEO Luann Pappas as two of her greatest influences. And in addition to her professional sources of inspiration, her family and especially her father played a substantial part in molding her, as well.

Holzhauser reaps many benefits from working at Scarlet Pearl, naming in particular the fact that it is a smaller property.

“We are a family-owned single property, which gives us the unique opportunity to encourage, identify and cultivate young professionals,” she says. “Being a smaller property, it’s part of our culture to always try to promote from within.” She foresees a bright future with Scarlet Pearl, eager to pave her own way there developing as a strategic human resources leader who supports its people and its culture.

As for where she stands now, Holzhauser is humbled to be one of the elite “40 Under 40” Emerging Leaders of Gaming honorees, perceiving this award as a highlight of her career.

“When I look at the combined list of winners between previous years and the current class,” she reflects, “it is an honor to be recognized as one of these amazing industry leaders.”

Holzhauser is thankful for her operations background and the broadened perspective it offers in making and enforcing policies and procedures. To young professionals aspiring to be Emerging Leaders themselves, she advises patience and the setting of achievable goals.

“I made very aggressive goals early on in my career, and sometimes I would get disappointed and discouraged when I did not meet them by a certain deadline,” she says.

With true achievement requiring both significant time and effort, she emphasizes importance in not getting discouraged by delays in things like achieving promotions or meeting self-set timelines. To all executives navigating the corporate ladder, Holzhauser advises, “Consider all opportunities, as you never know where that door may lead you.”