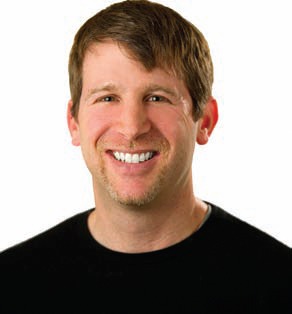 When Patrick Bosworth and Marco Benvenuti left Wynn Resorts five years ago to form Duetto Consulting, they had an idea that would use analytics to drive room-price and other related decisions for casino executives. Benvenuti used Excel spreadsheets to break down the data, and Duetto was doing very well.

But there are limitations to Excel that Duetto began to notice, and a search began for someone who could take them to the next technological level.

Enter Craig Weissman, the technology guru behind salesforce.com, a Silicon Valley startup that organized sales efforts in any industry using the power of cloud computing. Together, they formed Duetto Research, a technology company that is designed to drive more revenue from non-gaming assets.

Weissman was looking to break into a “vertical”—an industry that needed new technology.

“He refers to this as a meat-and-potatoes industry,” says Bosworth, “that has antiquated technology generally, and he can help change the game in a large vertical. And when you look at the global hospitality industry, anyone objectively looking at the technology that’s been in play would agree that it’s not at the cutting edge, and for the most part we are looking at programs that were developed in the 1990s.”

Weissman immediately developed GameChanger, a cloud-based program that helps hotel executives set a room price that will provide them with the most revenue, whether the customer is a casino player or simply a visitor renting a room.

“Setting one price for a room was counterproductive,” he says. “GameChanger lets those prices float more intelligently. If you have a greater demand for suites, it adjusts the price upward so you can make more money on the suites. If you notice a different behavior between your website business and your group business, you want to let those website rates float. GameChanger allows you to make those intuitive decisions more quickly, bringing more revenue to the bottom line.”

It might only be a $10-$20 difference, but Weissman says that adds up.

“Over the course of a year, you can make a lot more revenue just by doing what seems to be intuitively obvious.”

Unlike many systems that can’t take into account gaming revenue, GameChanger does.

“That’s just another dimension of the program,” says Weissman. “It’s a different kind of customer, and if it makes sense to lower or raise your price for a casino patron, GameChanger will tell you that.”

One of the difficult elements to break down is the hotels’ use of online travel agents (OTAs like Travelocity, Expedia, Hotels.com, etc.). Weissman says Duetto is getting better at evaluating this, but there’s often data that fall through the cracks, like commissions.

“If you’re paying a 20 percent commission, that’s a pretty big hit,” he says. “Our algorithm with GameChanger will evaluate all channels, and if it finds you’re making more money from other channels, that’s where you should put your focus, not in OTAs.”

Weissman says Duetto isn’t stopping at just room rates. The company is developing programs that can apply to all non-gaming amenities, assisting operators in making pricing decisions about these elements.

“We’ve done some good work in this area and we have lots more work to do,” he says. “The algorithm can take in multiple sources of revenue, and we’re working to be able to incorporate all the different systems that gather this information. Eventually, we’ll be able to get all the folio charges and incorporate that into our calculations. The core engine is designed to evaluate all these sources of revenue.”

Duetto is attempting to do more with technology than has ever been done before in the hospitality industry.