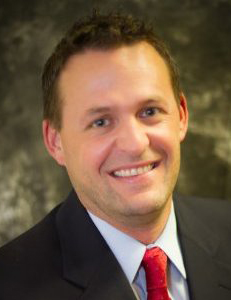 As many industry insiders are aware, the gaming industry is filled with tight-knit, family-like companies. This camaraderie-filled atmosphere is what originally enticed Jeff Morris, vice president of public affairs for Penn National Gaming, to join the industry five years ago.

“I was excited for the opportunity to work for a growing company,” says Morris. “Despite being the largest regional gaming operator in the country, Penn National really feels like working for a small business.”

While Morris did not have direct experience in the industry prior to joining Penn National, he hit the ground running. As one colleague notes, “Jeff cut his teeth in the gaming industry working on behalf of Penn National Gaming in Massachusetts, traversing the commonwealth for three years on the company’s behalf in a successful effort to win one of four coveted gaming licenses.”

Prior to joining Penn National, Morris honed his political and corporate public affairs skills in Washington, D.C. Here, he held positions ranging from a constituent services director for a U.S. senator to his most recent position as vice president for a D.C.-based PR and communications firm.

After being with Penn National for five years and with no end to his tenure in sight, Morris believes his decision to move to Wyomissing, Pennsylvania and join the company has been the most impactful career decision he has made to date.

“I went from being a public affairs consultant for various industries to working in-house for a specific company in one industry,” says Morris. “This move has allowed me to become more specialized but also learn about all facets of the business, where as a consultant you rarely get the opportunity to see the entire picture.”

Aside from the challenges of learning a new business within a new industry, Morris has enjoyed the challenges he faces in helping Penn National expand.

“Introducing the gaming industry to new jurisdictions is both enjoyable and challenging,” explains Morris. “You get to share the incredible benefits gaming brings to a new community, but also have to dispel the old stereotypes and myths about our industry.”

Reflecting on his experiences in both his professional and personal life, Morris believes his most important mentor, without a doubt, has been his father. “He taught me about the importance of work ethic and to never be satisfied with the status quo,” says Morris. The characteristics that his father helped to instill have undoubtedly aided Morris in his rapid career development within gaming.

For young professionals looking to advance within the gaming industry, Morris’ advice is straightforward, but often overlooked. “Spend most of your time listening and learning from your coworkers and executives,” he says. Sage advice from an emerging leader for both young and senior professionals alike.