Opportunities and challenges in Australia and New Zealand 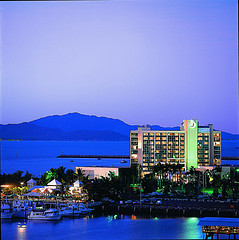 Sometimes it’s hard to think of Australia, and for that matter, even New Zealand, as a part of Asia. The reality is both are in Asia—and both are very non-Asian. As the casino gaming industry in Asia continues to grow in places like Macau and Singapore, it’s worth taking a pause to take a look at two markets in Asia that are sometimes overlooked.

While these markets have unique geographic profiles, they provide unique opportunities for future growth. The distance between them and other major cities in Asia creates its own set of unique dynamics. Inbound customers from countries like Singapore, Japan and Hong Kong are significant. So the inter-economic sharing between these markets and “traditional” Asia are significant.

Australia has been a casino market that has the maturity of Las Vegas but the limited growth prospects of the American Midwest. It has been able to serve the broader Asian market for the last several decades, but that unique market proposition has dissipated with the growth of Macau and Singapore, and how they serve the Asian market. In some ways, Australia has become more of a domestic market than an international market.

That said, there are some pockets of unique positive growth in Australia.

Shuffle Master, a company with strong Las Vegas and Australian connections, reported better performance recently due to the strong growth of the Australian market. What this points to is a market that is growing even though it may seem stagnant on the surface.

One of the reasons for this is Australia’s economy. The global commodity price boom for gold and silver has grown Australia’s economy by massive amounts. Furthermore, Australian consumer confidence is at levels that are historically high. As long as the economic situation in Australia does well, the casino gaming market in the country should take the same ride.

There are also strategic developments in Australia. These strategic opportunities are certainly worth taking a look at.

Recently, Tabcorp spun off its casino gaming arm into a company called Echo Entertainment. While the debut was well-received by financial markets, the company has already become the subject of takeover speculation.

The future market development prospects of Australia are essentially moot, yet at the same time, it’s a market for creative casino operators to capitalize upon a positive macro economic situation.

Recently, the joint venture between Melco and Crown bid for the assets of the project that was known as Macau Studio City on the Cotai Strip. This project was stalled for several years due to litigation. Now, the project is partially owned by an Australian company, in addition to the City of Dreams project.

The connection between Macau and Australia is growing in terms of de facto ownership. In fact, many of the senior executive teams in Macau and Singapore casinos are of Australian national origin. James Packer is leading the charge of Australia into the Macau casino gaming market.

As Australian gaming interests look to develop in the greater Asian market in the future, there is a chance for those interests to benefit from the boomerang effect. This effect, essentially, is the strategic marketing benefit that companies get from having a market presence in a geographical area in which inbound customers are sought.

As the global casino gaming market focuses on the market developments of Macau, Singapore and even the discount opportunities in Las Vegas, it is worth taking a look at the other side of Asia. Both New Zealand and Australia, even if one considers them “mature” markets, provide strategic opportunities worth examining.

As the global casino gaming industry continues to grow, particularly in Asia, we must remember that New Zealand and Australia are waiting to be analyzed and strategically developed. If one leverages business activity out of Singapore and Macau, it is worthy to leverage even further by looking at both Australia and New Zealand.