Following the trends to non-gaming revenue 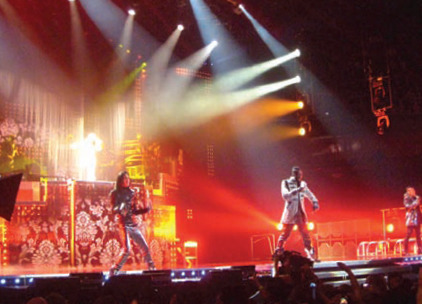 The Next Big Thing is what’s happening with the non-gaming side of the casino industry.

What may have started as an interesting development in Las Vegas back in the late 1990s now is advancing into markets not only in the U.S. but across countries and continents as the overall world of gaming extends and matures as an industry.

From a Start in Las Vegas

One of the oldest markets, Las Vegas may have been hardest hit by this movement identified in a recent story as “Come to stay but not play.” In January, it was reported that money won from gaming machines comprised the lowest-ever share of what Nevada casinos generated in overall revenues.

According to the Nevada Gaming Control Board, gaming revenue sank to a historic low of 46.2 percent of the financial pie. At the same time, the agency reported that the state’s gaming properties earned a record high 34.1 percent of their revenues from spending on “food, beverage and other (related offerings).” Since 1999, non-gaming revenue at the Strip casinos has exceeded gaming revenue.

A senior analyst from the Nevada Gaming Control Board, Mike Lawton, was quoted as saying “people are simply spending more in other areas.” In that regard, a recent survey of tourists by the Las Vegas Convention and Visitors Authority reported that spending in multiple non-gaming categories increased in 2011 while visitors reported their gambling budgets declined.

This spending pattern hasn’t gone unnoticed in other gaming markets.

In an April article in the Atlantic City Press on the opening of the new Revel casino, Kathleen Squires, a freelance writer for the Wall Street Journal and Zagat, was quoted as saying:

“When you look at Las Vegas, their non-gaming income far surpasses its gaming income. And that’s been going on for a long time now. It’s about time for Atlantic City to catch up with that trend, and Revel and Borgata are looking to food and beverage in a big way to make up that gap. It’s very smart for any hotel to bring in celebrity chefs that are going to attract more, different people to the city.”

Also quoted in the same story was Scott Feldman, president and CEO of Two Twelve Management and Marketing, a New York-based management company.

“It’s about going to Atlantic City for a lifestyle experience,” said Feldman. “That’s what Atlantic City needs. And places like Revel and Borgata broaden Atlantic City’s appeal. It starts to get people’s attention everywhere so people can drop the, ‘Oh, that’s the old A.C.’ mentality. It (went from) a quick jaunt from wherever for gambling to a vibrant culinary scene with great talent—and while they are there, they can gamble, shop, see a show, whatever.”

Joe Lupo, senior vice president of operations for Borgata, was interviewed on the increasing importance of non-gaming revenue for a story in Hotel News Now.

“The Las Vegas-style approach of the 1990s and early 2000s, which we helped bring from Las Vegas, has shown that Atlantic City can be a resort destination,” he said. “The city used to be 90 percent-10 percent gaming revenues to non-gaming revenues; that has come down to 80 percent-20 percent, and we want to get to 65 percent-35 percent.”

Diversification into non-gaming for added revenues also has been observed in the Native American market, which reported the highest single-year growth ever for this segment of the American gaming industry last year to $26.73 billion. According to the most recent Indian Gaming Industry Report produced by Casino City Press, 239 tribes in 28 states operated 448 casinos in 2010.

Foxwoods and Mohegan Sun are two of the largest casinos in the Native American market, and they are similar to their counterparts elsewhere.

“Foxwoods and Mohegan Sun are now following the model established by Las Vegas in the 1990s and 2000s, which is to expand non-gambling offerings such as concerts, sporting events, comedy clubs, cabarets, dance clubs, spas, golf courses, retail shopping and gourmet dining,” said Clyde Barrow, head of UMass Dartmouth’s Center for Policy Analysis, in a February story in the Cape Cod online report. The center has been surveying the New England gaming scene for more than 15 years.

“In Las Vegas, the major casinos now generate more than 50 percent of revenues from their non-gaming offerings; it is currently about 28 percent at Foxwoods and 19 percent at Mohegan Sun, so both have an opportunity to further diversify their customer base.”

Barrow also said the center’s 2010 New England Gaming Behavior Survey “found that 17 percent of visitors to Foxwoods and Mohegan Sun do not gamble, but visit for the non-gaming amenities. This compares to 7 percent only six years ago, so their diversification strategy is somewhat successful. As they lose gaming customers to adjoining states, the Connecticut casinos will evolve into entertainment destinations.”

Oklahoma, which has 33 tribes and 113 Indian casinos—the most in any state—passed Connecticut’s two casinos in terms of revenues in 2008, according to the Indian Gaming Industry Report. Now the second-largest Indian gaming market following California, Oklahoma’s tribal gaming revenue increased to more than $3.22 billion.

This marks tremendous growth of the Oklahoma Indian gaming market even at a time when many U.S. gaming markets posted little or no growth.

In all, just the non-gaming revenues at all Indian casinos surpassed $3.2 billion.

As for the rest of the U.S. commercial and non-tribal casinos, the AGA report “Beyond the Casino Floor: Economic Impacts of the Commercial Casino Industry,” released earlier this year, reported that one-third—or $15.2 billion—of the commercial casino industry’s revenue in 2010 came from non-gaming sources. This covers the 566 casinos in 22 states that are not affiliated with any tribe, and includes food and beverage sales, hotel operations, retail, entertainment, and meetings and conventions.

Globally, the gaming market has been fueled by growth in Asia. According to Global Betting & Gaming Consultants, the world’s gambling revenue climbed to a record $419 billion with the strongest growth in Macau, Singapore and Cambodia.

Even in Macau, casino operators are hearing the message of diversification into non-gaming revenue, according to an article in the Asia Times. The report cites that among Macau’s six top casino licensees, non-gaming revenue tops out at 16 percent for Sands China.

Jonathan Galaviz, chief economist for tourism and leisure consultant Galaviz and Co., sees a future in a non-gaming direction. In the Asia Times story, he  said he believes Macau needs to add a “full spectrum of leisure activities, with gaming a small piece of the picture,” to move up the global tourism ranks.

A recent Wall Street Journal story reports that Cambodia is ready to take on Macau and Singapore with expanded casino offerings aimed to attract not only high rollers but even more, free-spending tourists. Pushing ahead with a more ambitious resort to attract a broader clientele is the 1,200-acre Thansur Bokor resort project. Ngin Banal, head of this project, said, “We offer a perfect destination for people to entertain and rejuvenate in a pristine environment.”

Non-gaming is significant—ranging from 26 percent to more than 60 percent of the largest casino operations—and its impact is growing not only in the U.S. but around the world.

Adding even more to the importance of non-gaming, in its “State of the States Survey,” the American Gaming Association cites that more than 16 percent of all casino visitors never or rarely gamble, but rather come to dine, see a show, shop or visit a spa.

Many gaming operations already are changing how they see non-gaming and how it will impact the future of casino marketing. These top operators are seeing how non-gaming revenue can drive loyalty, drive occupancy and even drive gaming revenue.

“Casino consumers’ appetites for non-gaming amenities continue to grow, and successful casino properties must treat them as a crucial component of their business plans,” said AGA President and CEO Frank J. Fahrenkopf Jr. at last November’s Global Gaming Expo.Caesars Entertainment was one of the first to identify the importance of tracking non-gaming spend. In 2008, the operator changed its well-respected loyalty program to address non-gamers by providing one reward credit for every dollar spent on dining, shows and other non-gaming amenities.

Many casinos across the country, including the Venetian/Palazzo in Las Vegas, credit all spending for gambling and entertainment expenditures, whether for dining, shopping or the spa. The newest entry to this fold in Las Vegas is the Hard Rock, which is allowing its customers to earn points for every dollar spent—gaming and non-gaming—at the 1,500-room off-Strip hotel-casino.

These actions by major operators signal that marketers are finally catching up to the product innovations that made the growth in non-gaming revenue possible. Restaurants, spas, shows and other venues are not just amenities; they are profit centers in themselves, and customers view them as part of an integrated entertainment experience.

Despite the progress that has been made, there is still a long way to go. Casino resorts must abandon their asset-centric approach that divides the world into gaming and non-gaming. It is arbitrary, and misaligns marketers with the way customers view these resorts.

A customer-centric approach would treat all revenue from all sources the same, and customers would be evaluated first and foremost by the their average daily profit. There would be a two-step segmentation process for each customer. First, customers must be ranked based on their profit to determine what level of comps, price discounts or offers they should receive. Second, customized offers should be designed based on the spending behaviors and preferences of customers. This will be a much easier system for customers to understand because marketing messages will resonate with them and they will know that all of their spend is being rewarded, so they do not have to memorize arbitrary rules and thresholds to ensure they are treated a certain way.

Companies that adopt these strategies first will steal share. Imagine two customers with the same average daily theoretical who both pay “casino rate” discounted pricing for hotel rooms at their three favorite properties. One spends $100 per day in the restaurants; the other spends $500 per day in the restaurants. In most casinos today, the two customers are treated the same, but if one casino were to comp the hotel room of the second customer based on their total profitability, then it is very likely that the customer would choose that casino for all three of their annual visits.

This casino would more than offset the cost of the lost hotel revenue by motivating one to two incremental trips per year. The competitors would not be able to respond, because they could not justify the comp based on the customer’s gaming activity.

This distinction is subtle, but it is powerful. Treating high-spending customers that happen to spend outside the casino floor as second-class citizens is hurting the industry. The growth in profits from non-gaming assets will accelerate as companies learn how to market to customers in the new era.