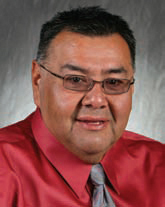 At the time, some tribal leaders considered the law as infringing on tribal sovereignty to conduct casino games on the reservation. It may infringe upon sovereignty, but the law also has proven a catalyst for a remarkable growth of a source of revenue that has wrought great changes for thousands of Indians all over the country.

Last month, Robert Smith, chairman of the California Tribal Business Alliance, and also chairman of one of the most successful gaming tribes in America, the Pala Band, described IGRA as “the one federal Indian policy—amidst a host of failed policies that the federal government has tried to implement over the years—that has truly helped promote and strengthen economic development and self-determination among tribal governments.”

The law came after the U.S. Supreme Court ruled in 1987 that states lacked the power to prevent tribes from conducting gaming, unless all gaming was prohibited in the state. IGRA was a reaction by Congress to allow states some regulatory control over the activity.

It established three times of games, Class I, Class II and Class III, with different rules for each. Class I covers traditional Indian gaming. Class II includes games such as bingo or poker, while Class III includes casino games.